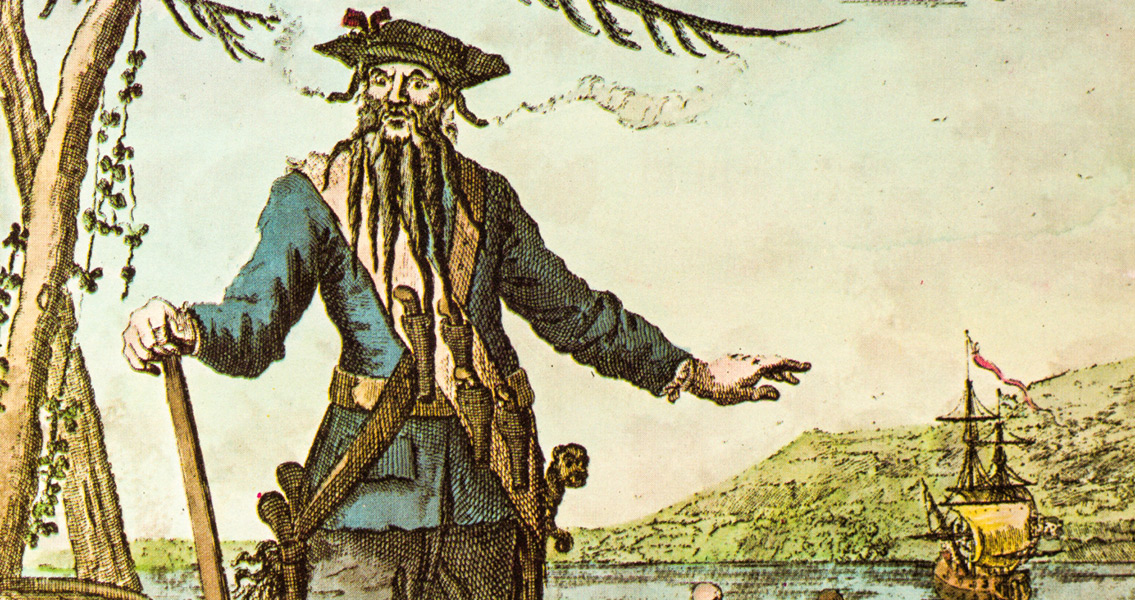 Blackbeard Killed on the High Seas

Queen Anne’s Revenge. Exactly why the name was chosen is unclear. Some have speculated it was in reference to Queen Anne’s War, the name given to the War of Spanish Succession by those living in the Americas, (a war Blackbeard may have fought in as a privateer) while others suggest it was a reference to Queen Anne, the last Stuart monarch of England who reigned during the Act of Union in 1707 and died in 1714. For two years Hornigold and Blackbeard worked in tandem, their two ships carrying out pirate raids across the high seas, until Hornigold accepted amnesty from the British navy in 1717 and retired from his life of piracy. North Carolina’s Outer Banks had become a haven for outlaws during the late seventeenth century, the shallow sounds and inlets ideal locations for pirate vessels to disappear quickly. In 1718, Virginia Governor Alexander Spottswood grew tired of Blackbeard and other pirates’ continued use of the territory and dispatched a Royal Navy force to North Carolina. Details of the ensuing battle are unclear. As with so much of Blackbeard’s life myth becomes mixed up with fact, but legend has it he endured five musket shots and twenty sword lacerations before finally dying. Blackbeard’s reign of terror came after the main Golden Age of Piracy, when British and French seamen had launched raids on Spanish shipping in the Carribbean and Americas, often with the clandestine approval, if not encouragement, of their own governments. What seems to have made Blackbeard different in terms of how he is remembered is that he was the highest profile pirate at a time after the Spanish War of Succession, when the French, Spanish and British governments all launched a clamp down on piracy. On the one hand, a propaganda campaign was launched against him and other pirates, vilifying them as dangerous, immoral, cold blooded killers. This is an image that has stuck, although it’s interesting to point out that there is no archival evidence of Blackbeard killing somebody who hadn’t tried to kill him first. Ships who gave into the pirate’s demands were merely looted, and then allowed to go on their way. On the other hand, Blackbeard also became something of a Robin Hood figure to the poorest in society, someone who was stealing from the extremely wealthy. Again, this may have some truth, but there is little evidence that he took this to the next step and tried to redistribute this wealth among the poor. Nevertheless, it cemented the iconic image of Blackbeard as a roguish, daring adventurer type figure, carrying out daring raids against the odds on wealthy merchants. Almost three hundred years after his death, historians continue to find new evidence about Blackbeard’s life, as they attempt to find the reality behind the layers of propaganda, legend and myth.]]>