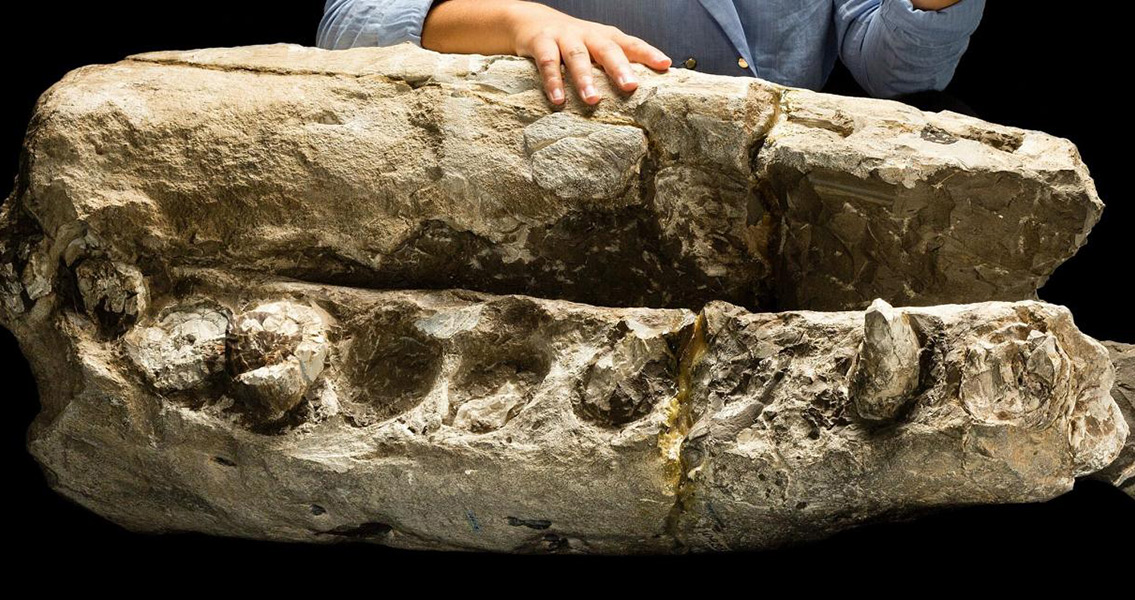 Ontocetus oxymycterus. Since then it has been determined that whales in the Ontocetus genus had tusks, rather than the cetacean teeth exhibited on the whale discovered in California. As a result, Boersma and Pyenson attribute the fossil to a new genus called Albicetus, making the 15 million year old whale a newly designated species known as Albicetus oxymycterus. A homage to Herman Melville’s Moby Dick, the genus was named Albicetus or ‘white whale’ after the researchers were struck by the bone white colour of the fossil. Although there are only three living species of sperm whale (Physeter macrocephalus, Kogia breviceps and Kogia sima), the fossil record shows that they have ecologically diverse origins. A plethora of sperm whales existed in the past which it is impossible to compare to the Phyester species living today in terms of body size and morphology. For their study, the authors from the Department of Paleaobiology at the Smithsonian Institution carried out a range of tests on the fossil sperm whale specimen, including morphological observations based on a new 3D model and a skeletal reconstruction. “Our redescription of the type specimen of Albicetus provides new morphological details, along with revisions to the stratigraphy and locality data, as can best be ascertained given the available historical information.” They write in the study, published in the open access journal PLOS ONE. There is not one distinguishing feature of Albicetus oxymycterus which makes it unique. As the authors make explicit in their study, all of the features found in the genus can be found in others. “However, it is the specific combination of these features seen in Albicetus that sets it apart from any of the other fossil physeteroid genera.” They summarise in the recently published work. Based on comparisons with the crania of other Physeteroids, they conclude that the specimen would have measured approximately six metres in length during life. Like other Physeteroids, A.oxymycterus had large, single rooted upper and lower teeth, but there were subtle differences, including evidence of the retention of enameled lower tooth apices. An analysis of A.oxymyceterus‘ body size in comparison with other physeteroids resolved it to have been a stem physeteroid. Put simply, this suggests that whales with large body sizes and unusually large teeth arose at various times in the evolution of sperm whales. One explanation is that these large, big toothed whales evolved in periods when the seas were rich in large prey, such as marine mammals like seals. Conversely, modern sperm whales have smaller teeth, perhaps as a result of them feasting on smaller prey which don’t require chewing, such as squid. For more information: www.journal.plos.org Image courtesy of Jame Di Loreto, Smithsonian]]>