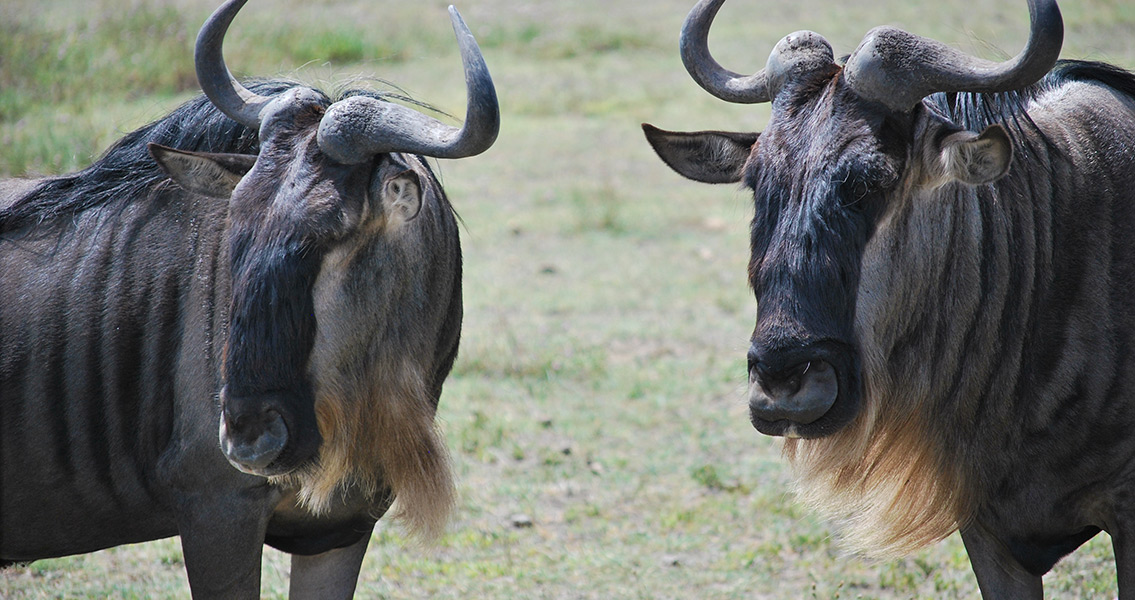 L.hadrosaurs and R.atopcranion, as both animals had a herbivorous diet and lived in herds. However, the similarities between R. atopcranion and L.hadrosaurs don’t extend much further than that save for their identical nose; the habitat of the former was dry savanna, while L.hadrosaurs were at home in tropical rainforests. The scientists do have some ideas about the purpose of such a nasal cavity, although reaching these conclusions proved difficult as the fossilized remains of these animals have left behind no soft tissue to examine. Researchers turned to the closest living cousins of the younger animal – antelopes and wildebeests – leading the team to believe that R. atopcranion at least used the hollow cavity, which looks as if it connected to the vocal tract as part of the mammal’s respiratory system, in order to vocalize. O’Brien says that the early wildebeest cousin would have been a highly social animal in life, as they would have lived in herds. The likelihood of using vocalization to communicate was high, the lead researcher said, adding that there’s little else that such a unique nasal cavity would be helpful for in R. atopcranion. By extension, L. hadrosaurs might have used this unique capability in the same way, to create ultra-low frequency bellows that only they would have been able to hear. These frequencies, known as infrasound, are used by other large herbivores such as elephants today for a similar function. The research study can be found online at www.cell.com Image courtesy of Wikimedia Commons user: Chad Rosenthal]]>