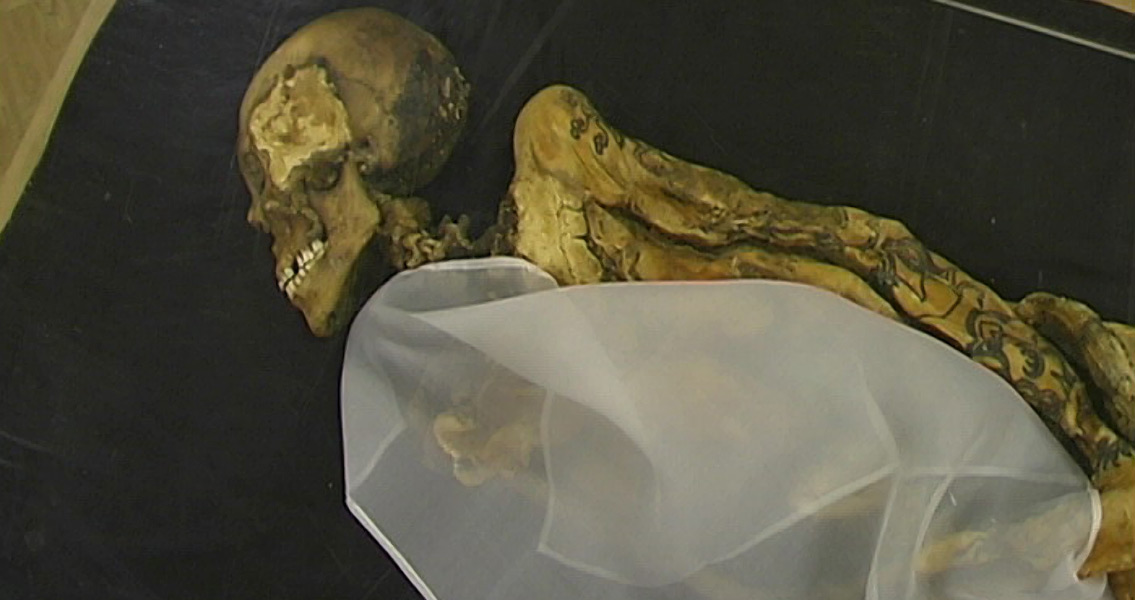 The Siberian Times as the White Lady, a priestess who guarded “the umbilical cord of the Earth.” He went on to say, “She stood as a guard at the gates of the underworld, preventing the penetration of evil from the lower worlds. However, after archaeologists removed the mummy, it has lost its strength and can no longer perform its protective function. So evil started to penetrate, natural disasters and human conflicts began.” In a region where the influence of shamans still exists, many of the local residents in Altai were nervous when these remains and others were removed from the sacred burial mounds (kurgans), despite their scientific value. In Altai, her removal has been blamed for most misfortunes, natural and otherwise; high winds, forest fires, suicides and illnesses, even an increase in the number of earthquakes in the region. One local was quoted as saying, “There are places here that it is considered a great sin to visit, even for our holy men. The energy and the spirits there are too dangerous. Every kurgan has its own spirit – there is both good and bad in them – and people here have suffered much misfortune since the Ice Princess was disturbed. It is nothing short of sacrilege to pour hot water on the remains of ancients who have survived in the permafrost for thousands of years,” he said. The move to rebury the princess is opposed by both state officials and the academics who have been involved in researching the remains. Developments in technology continue to divulge new information about the mummy. In 2014 for example, an MRI scan revealed the woman had breast cancer and that she had used marijuana to help ease the suffering. Additionally, the mummified woman has helped researchers make great advances in understanding the Pazyryk culture. Her tattoos show extraordinary artistry and skill and the items found with her in the burial chamber, including beauty products found in a “cosmetic bag”, help to recreate the life of a woman dead for two millennia.]]>