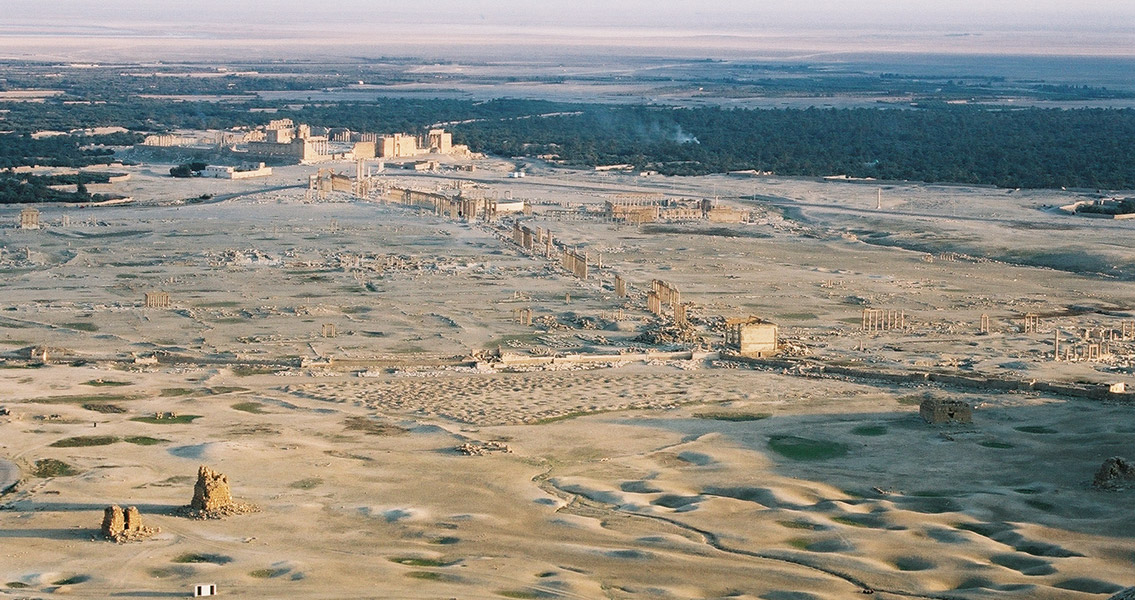 Palmyra Recaptured Only to be Re-Looted, Archeologist Claims

Tagesspiegel newspaper that approximately two-thirds of Aleppo’s old town had been burned and bombed and other sites had been plundered on an industrial scale. She’s branded these types of activities as ‘cultural cleansing’, and has started a campaign called Unite4Heritage to protect important sites. Palmyra was an ancient Semitic city in present-day Syria, with archaeological finds dating back to the Neolithic period. Renowned merchants, the Palmyrenes established settlements along the silk road and did business throughout the Roman Empire. Wealth from the trade caravans allowed the city to build monumental construction projects like the Temple of Bel, the Great Colonnade and the tower tombs. Heavily influenced by Greco-Roman culture, Palmyra produced distinctive architecture and art that reflected both western and eastern traditions. After the recapture of Palmyra early this year government experts discovered statues with the faces chipped off (some interpretations of Sharia law disallow the depiction of the human form) and others that had been left shattered on the floor. Although authorities had taken what they could from the museum as ISIL advanced, larger items and items that were fixed to the walls were left to the mercies of the militants. ISIL left a wide path of destruction on the inhabitants, defenders and ancient treasures of Palmyra. Captured Syrian army soldiers were reportedly executed in the Roman amphitheater, and hundreds of medical personnel, government officials, and the women and children from hated tribal groups were killed in and around the city. It was the death by beheading of the elderly Khaled al-Assaad, the head of the city’s antiquities who refused to reveal where artifacts had been hidden, which garnered the most attention around the world. ]]>