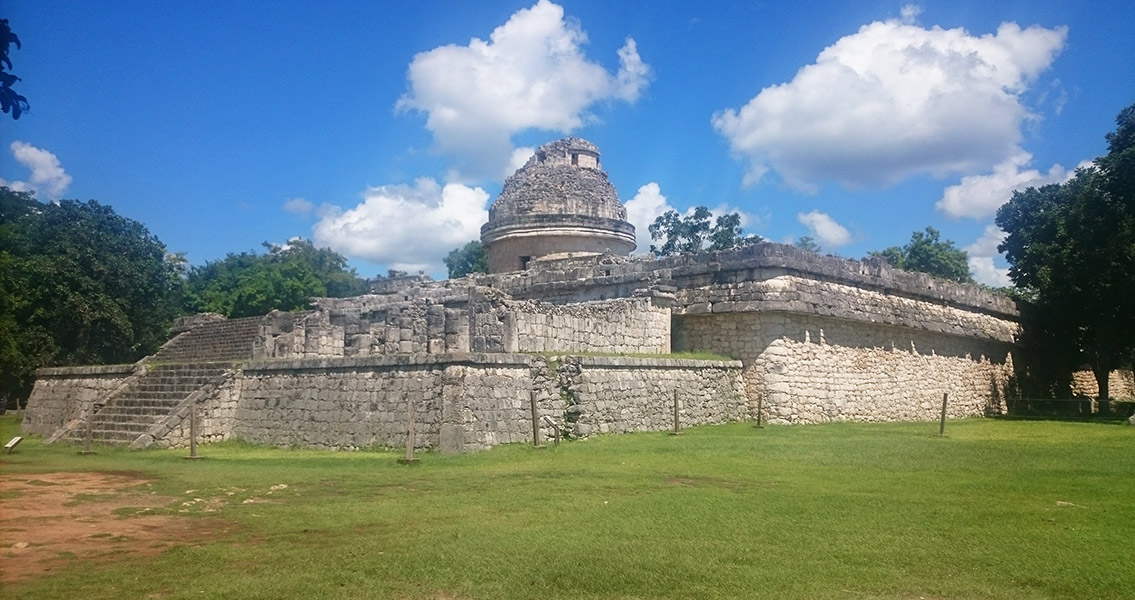 Excelsior, a Mexico City-based newspaper, Quintal Suaste remarked that the building would have seen the exclusive use of the elite of Maya civilization, most notably the community’s astronomer-priests. Like other Maya buildings that were built to match the path of the sun, this observatory has doors within it that align with both the rising and setting sun on the date of the spring and autumnal equinoxes. Additionally, when the midday sun strikes the semicircular building it casts no shadow – another intentional design element of the structure. Meanwhile, the southern edge of the observatory has been shown to align with the northernmost position that Venus reaches in the night sky. After the sun and the moon, the planet is the brightest observable object in the sky; Venus held a special place among Acanceh’s astronomer-priests. According to Quintal Suaste, the Maya had the ability to track the planet through its 584-day cycle thanks to the observatory. Direct evidence of this behavior was corroborated by the text within three codices discovered at the site. These findings were able to further support the idea that Venus was an integral cultural icon amongst the Maya, according to Orlando Casares Contreras, another researcher that also spoke to Excelsior. The Central American civilization was vast, stretching from southern Mexico to Honduras during its peak. Venus had a special place in Maya theology and in their mythological pantheon, known as Noh Ek, or “The Great Star”, among the faithful. Venus was also known as Xux Ek, “the Wasp Star”, according to some texts. There are some indications that Venus might have been known by a specific name depending on where it appeared in the sky during its cycle, as it would appear as a morning star during part of its cycle and an evening star during another part of its cycle. Image courtesy of Wikimedia Commons user: Luigiflas]]>