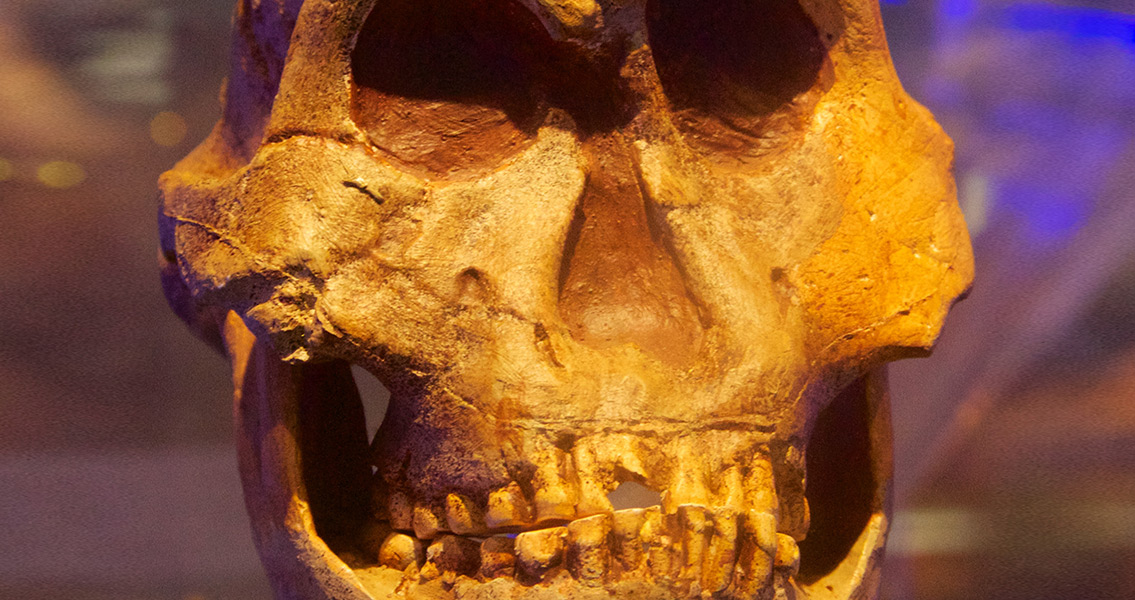 Paranthropus boisei (from eastern Africa) and Paranthropus robustus (southern Africa), who lived between 4.2 and 1.3 million year ago, researchers discovered that the dental anatomy traditionally associated with the early hominins who ate a hard food diet was also being used by others to eat a primarily plant-based diet. Even with different diets, they had similar teeth and anatomies, characterized by big, flat teeth covered in thick enamel, and faces and jaws which indicate the presence of strong muscles for chewing. These characteristics are commonly thought to have been adapted for smashing hard foods. However, by analyzing the microwear and isotope values of the teeth, Ungar’s team was able to conclude the two creatures actually had markedly different diets. P. robustus subsisted on a diet of plant foods and only occasionally consumed foods like roots or nuts, while P. boisei consumed softer, tougher and even more abrasive foods such as grasses. Tellingly, neither diet consisted of the hard, crunchy food indicated by the facial structure and large muscles both of the early humans possessed. More crested molars (like gorillas have) would prove more efficient in ripping fibrous plant material, but flattened molars (like we have) with a thicker layer of enamel, are what advanced genetically. This simpler tooth architecture proved more adaptable for a number of challenging diets throughout time, so although it isn’t the optimal solution, it’s the one that continued on as our species developed. These findings have been published in Science. Image courtesy of Wikimedia Commons user: Mike Peel]]>