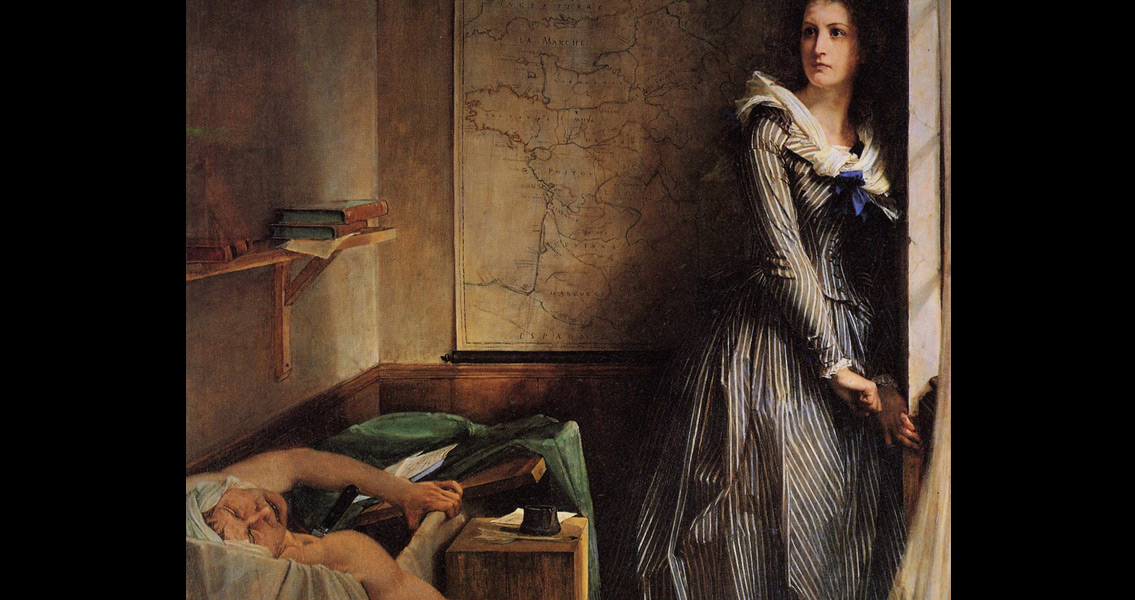 Corday Murders Marat in His Bath