BREAKING NEWS
GMT+2 03:41
Home Breaking News Viruses May Have Had Role to Play in Human Evolution 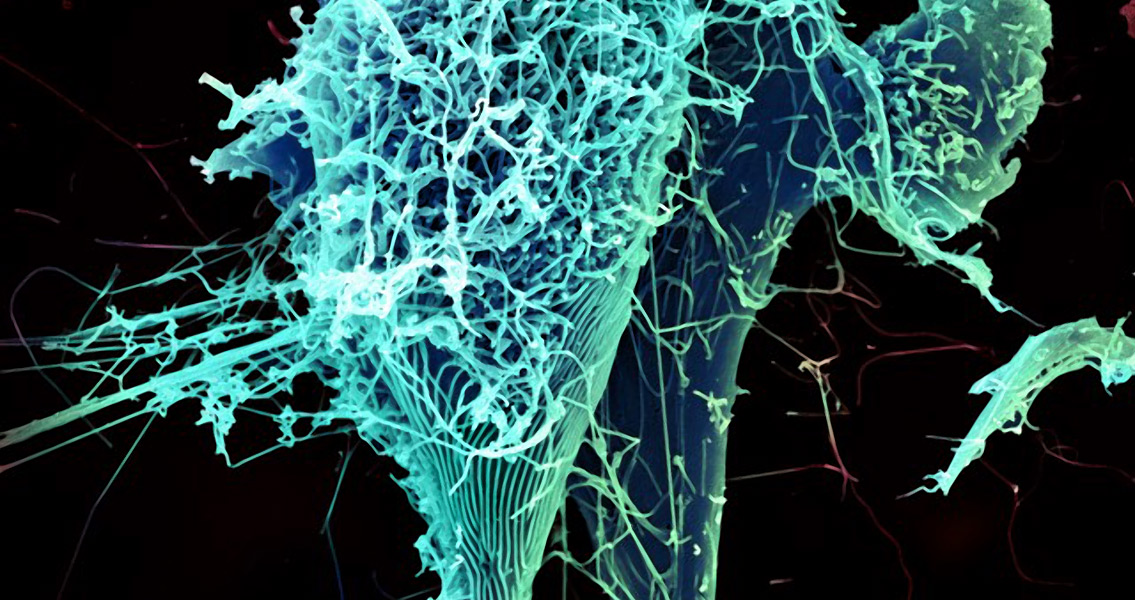 Viruses May Have Had Role to Play in Human Evolution

Phys.org, Stanford University postdoctoral fellow and study author David Enard remarked on these findings, stating that while the research team knew that an epidemic or a pandemic that affects a population will either lead to adaptation or extinction, the scientists were surprised at how strong and clear the pattern of viruses having this impact on adaptation was. Proteins are crucial to our biological function, as they are responsible for many different cellular functions. By pulling back the curtain on how small changes in the composition and shape of proteins have aided mammal populations’ response to viral threats, the way could be paved for new therapies against modern-day viruses. Stanford professor Dmitri Petrov, a co-author of the study, stated that researchers are hard at work determining which cell parts have played a role in fighting viral infections in the past, and how this was accomplished without compromising the organism’s health. Existing research has focused on understanding how proteins directly involved in immune response reacted to being exposed to viruses, but this study is the first of its kind to take a global approach to as many proteins as possible. Enard said that viruses don’t just cause adaptation in highly specialized immune proteins. In fact, any protein that happens to come into contact with a virus can be part of the adaptation process of overcoming the ill effects of that virus. The researcher added that data analysis had revealed this adaptation occurred at least as frequently outside the immune response as it did within. The first step of the research study was to flag every protein that we know has had physical interaction with viruses. This led the team to review several thousand scientific abstracts. In the end, Enard and his team whittled down the list to around 1,3000 relevant proteins. Next, big data algorithms were built by the team to see how proteins that interacted with viruses evolved compared to others. The results revealed that adaptations in virus-interacting proteins occurred three times as often as they did in non-interacting proteins. The new study, which has been published in the journal eLife, can be found online here Image courtesy of NIAID ]]>