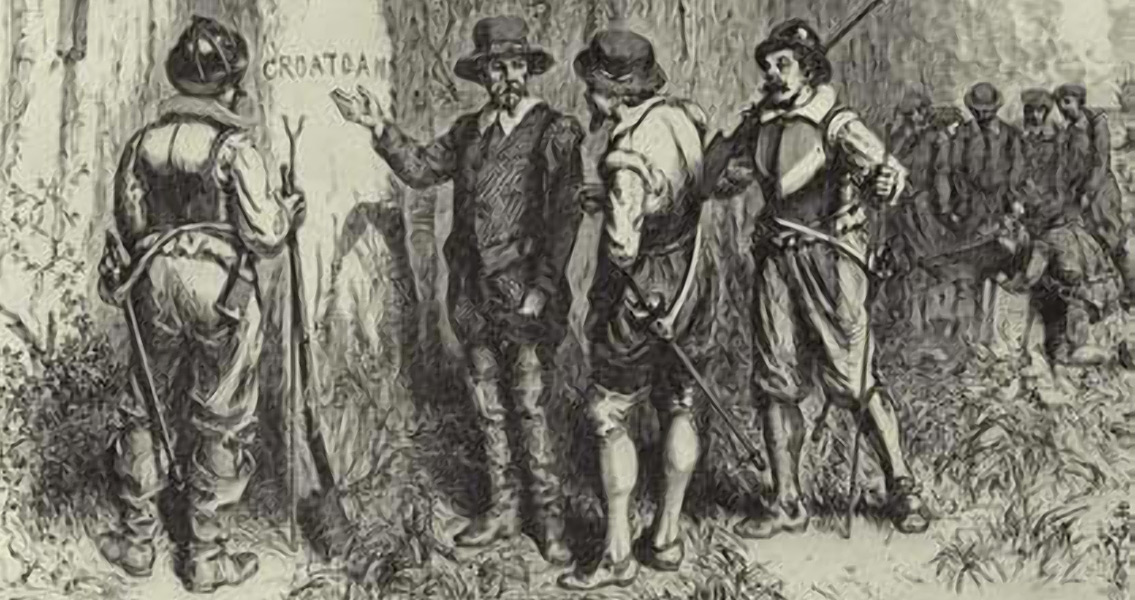 Could Site “X” Mark the Location of the Lost Colony?

Virginian-Pilot that the findings may not offer definitive proof that the Lost Colony settled there, but they do show, at a minimum, that they could have; adding that there are numerous time periods represented at the Bertie site (renamed for the county it’s located in). Another critical piece of the puzzle is a map of the area drawn by fellow explorer John Smith, in the 1850’s, which is preserved at the British Museum in London, where researchers found the symbol of a fort underneath a repair patch – the symbol indicates a fort in the same location as the artifacts. Additionally, prior to leaving for England, White had instructed the colonists to “remove 50 miles into the main.” The Bertie site is approximately 57 miles from Roanoke Island. Years later, after the establishment of Jamestown, where White also had a significant role, a search party was sent south to look for the colonists. The party never arrived at the Bertie site, due to ongoing conflicts with the Native Americans in the area. During his time at Roanoke Island, Smith produced a number of maps and watercolor sketches of native Algonkin peoples and the surrounding landscape, considered to be the most informative drawings of the Native American culture in the region. The surviving watercolors are stored at the British Museum. White never fully recovered from the loss of the Roanoke colony, and he would never return to the New World. The excavation efforts haven’t unearthed any evidence of an actual fort, as the map showed, only evidence of a small number of early English settlers. Mysteriously however, Swindell is quoted in the Virginian-Pilot as saying, “We have new clues, that’s all we can say, there are new clues.” ]]>