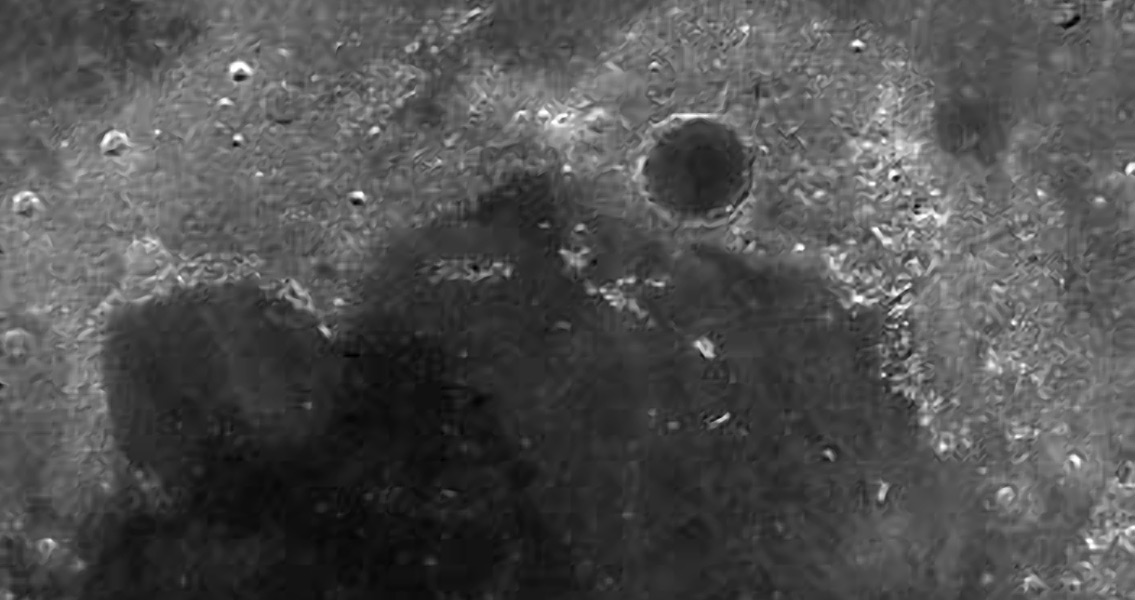 Gizmodo, Brown University’s Peter Schultz remarked that the massive asteroid was originally estimated to have been around 80 kilometers across. The lead author of the study said that this estimate has changed to at least 250 kilometers in size, and even that figure was described by Schultz as “conservative”. Imbrium Basin, the region that forms the right eye of the “Man in the Moon”, is a dark patch on the satellite’s surface that’s around 1200 kilometers wide. Both professional and amateur astronomers have studied the crater since the advent of astronomy, as it’s clearly visible with even the most basic of telescopes. Several radial gashes jut out from the surface of the basin. Clustered on the southeastern side of Imbrium, these marks were formed from ejecta as the proto-planet smashed into the Moon, likely from the northwest. The new study sought to solve some of the mysteries plaguing astronomers for decades, turning away from these well-studied gashes and instead examining scarred regions of the crater that aren’t radial. For 70 years or so, astronomers have been flummoxed as to what had caused those features, Schultz said. However, the mystery may now finally be solved thanks to a hypersonic gun range originally created by NASA during the Apollo program, which was used to simulate collisions. Firing projectiles at the Vertical Gun Range and recording the experiments with high speed cameras allowed Schultz and his team to observe pieces of material break off up-range of the primary impact site. This material preserved its momentum, leaving deep scars in the surface of the crater in a fashion that was not radial – similar to the mysterious pattern on the Imbrium Crater. Additionally, when he applied the physics to Imbrium Basin, Shultz discovered that he could extrapolate the size of the proto planet, leading him to revise the estimated size of the object. The discovery also led to an analysis of the Orientale and Moscoviense Basins on the Moon, revealing that these craters were likely caused by collisions from proto planets or objects similar in size. However, Schultz was quick to say that the Late Heavy Bombardment wasn’t from proto planets in its entirety , as there were plenty of other asteroids pelting the Earth and the Moon at the time – but he explained that the new discoveries point towards there being several proto planets within the early solar system. The research results are available online from the journal at Nature]]>