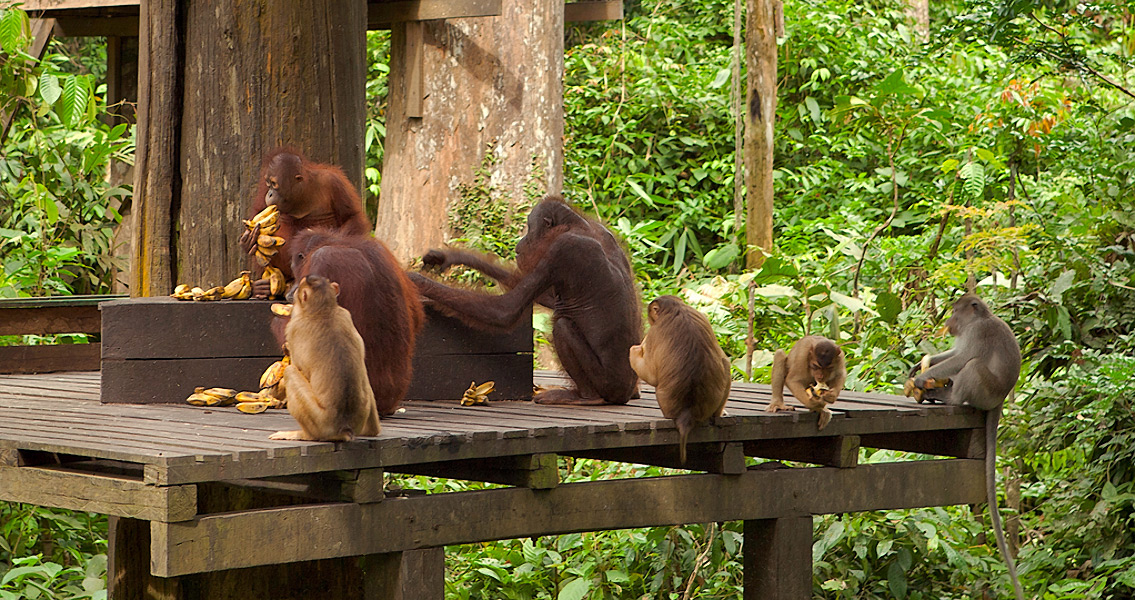 Scientific Reports could provide the key to understanding how human speech evolved from the time of the ancestral great apes. Scientists played an imitation ‘do as I do’ game with Rocky, an eleven year old orangutan housed at Indianapolis Zoo, Indiana, USA. Remarkably, they found that Rocky was able to imitate the pitch and tone used by researchers, to make vowel like calls of his own. The tests were carried out at the zoo between April and May 2012, when Rocky was just eight years old. It is traditionally believed that great apes, our closest relatives, don’t have the ability to learn new sounds. If true, that would mean that speech, a learned behaviour, could not have originated with them. However, the findings of the latest study throw that assumption into question, suggesting that orangutans might have the ability to control their voices. For the imitation game, a researcher made random sounds with their voice, varying the pitch and tone. Rocky then mimicked those sounds, which the researchers recorded on a hand held recording device. The next step for the team was to determine whether these sounds were normal for an orangutan. The recordings of Rocky’s voice were compared with the largest available database of orangutan calls, one which has been compiled from over 12,000 hours of orangutan field recordings spread across more than 120 orangutans from 15 wild and captive populations. Led by Dr Adriano Lameira of Durham University, the team concluded that the sounds made by Rocky were indeed distinct from those typically made by an orangutan. Rocky was able to learn new sounds, and even use them in something close to a conversational context. “Instead of learning new sounds, it has been presumed that sounds made by great apes are driven by arousal over which they have no control, but our research proves that orangutans have the potential capacity to control the action of their voices.” explained Dr. Lameira, in a press release from Durham University. “This indicates that the voice control shown by humans could derive from an evolutionary ancestor with similar voice control capacities as those found in orangutans and in all great apes more generally.” This isn’t the first time Dr Lameira has shown that orangutans are able to pick up certain elements of speech. In a January 2015 study he reported that Tilda, a female orangutan, was able to make sounds comparable to human consonant and vowels at a pace and rhythm similar to human speech. The revolutionary findings open up new lines of study for scientists looking to understand the development of human speech. Lameira and colleagues’ results suggest that, rather than simply looking at humans in isolation to understand how we learnt to speak, it might be necessary to go back to our extinct ancestors. “This opens up the potential for us to learn more about the vocal capacities of early hominids that lived before the split between the orangutan and human lineages to see how the vocal system evolved towards full-blown speech in humans.” Lameira said. For more information: www.nature.com Image courtesy of Wikimedia Commons user: Nino Verde]]>