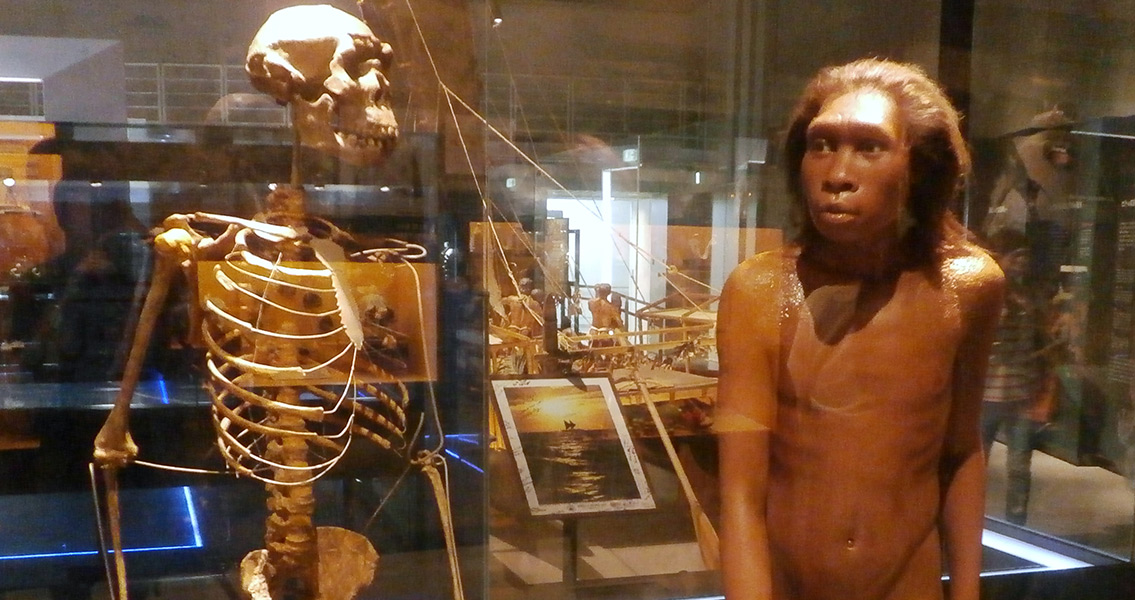 Homo erectus. While there’s no direct evidence that this was the case, the hominin, which is thought to have been the first to walk upright in a manner similar to modern humans, was the first to migrate from Africa. H. erectus fossils present in the Asian fossil record, dated to between 1.8 million years and 33,000 years old, put them in the right place at the right time to have contributed their genetic material. The only way to prove the theory would be to extract DNA samples from the remains of a H. erectus and then compare it to modern populations living in Australasia. This has proven difficult, as there has yet to be a H.erectus fossil discovery with enough genetic data intact to sample successfully. This differs from how scientists have derived the genome of an early hominin species known as the Denisovans after a cave in Siberia yielded a remarkably well-preserved finger bone. As if identifying the identity of the mystery species wasn’t complicated enough, it’s possible that the mystery DNA found within the samples was contributed by more than one unknown hominin living in or migrating to the region. With no frame of reference, there’s no way to isolate the new genetic material conclusively; with Denisovans, Neanderthals and at least one more hominin present within the region and interbreeding, it may be impossible to pinpoint just how many were there without additional ancient genomes to sequence. This is unlikely, as the climate of the Asia-Pacific features warm temperatures and high humidity levels which cause genetic material to degrade much more quickly than elsewhere. Regardless, this new study – and several others – have been building a case for just one single migratory movement by early humans out of Africa around 60,000 years in the past, changing the narrative when it comes to human evolution. The new study, published online in the journal Nature Genetics, can be found online at www.nature.com]]>