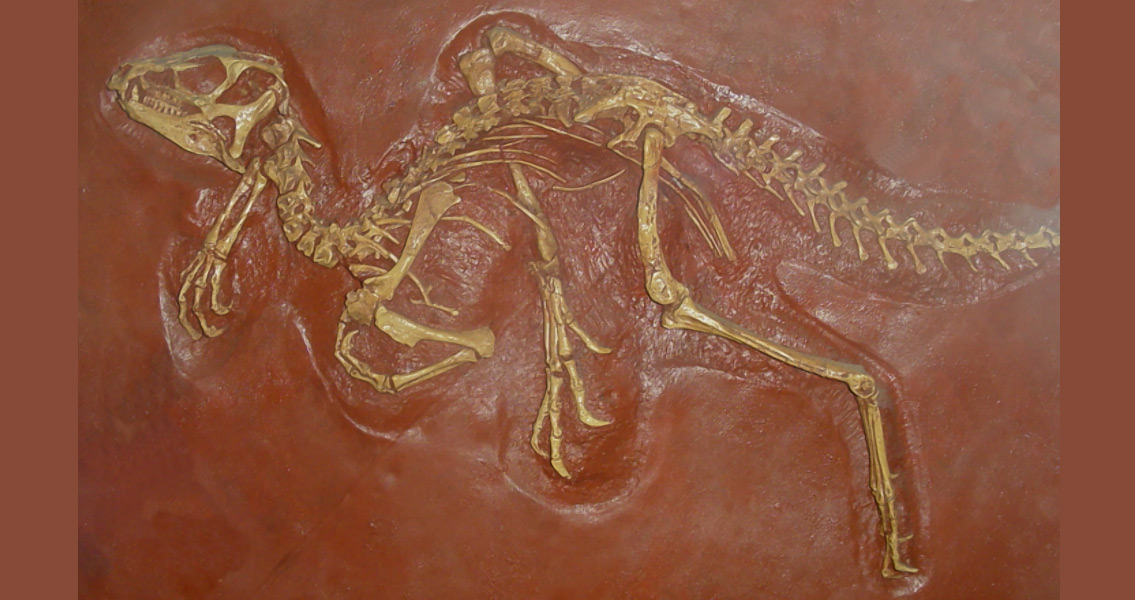 Heterodontosaurus tucki, a small herbivorous dinosaur that roamed Earth 200 million years ago, paid a visit recently to the European Synchrotron Radiation Facility (ESRF), or at least its fossilized skeleton did. The purpose was to study the dinosaur’s anatomy, through the collaborative efforts of scientists from the Evolutionary Studies Institute at the University of the Witwatersrand, South Africa, and paleontologists at ESRF. Synchrotron-generated light produces X-rays that are brighter than hospital X-rays by a factor of 100 billion. Simply put, the x-rays are produced at the ESRF by high energy electrons that sprint around a circular tunnel (a storage ring) that measures 844 meters around. ESRF has been designing these non-invasive techniques used specifically for paleontological studies since 2000, using their own team of paleontology experts and several beamlines dedicated solely to X-ray imaging. These beamlines provide the unique combination of high brilliance, high-energy, and the wider X-ray beams which are necessary to scan large dinosaur fossils. The beam’s high coherence is a key factor for this research because fossilized bones and the rock which typically surrounds them have almost identical densities, with ESRF’s high level of coherence there is a distinct contrast between the two materials. This is critical for “virtually” excavating a fossil. The dinosaur specimen was discovered in the Eastern Cape province of South Africa. Because the small skeleton was embedded in hard rock, any attempt to extract the bones would have caused irreparable damage, so to study Heterodontosaurus’s anatomy, the X-rays provided by the ESRF were used to reconstruct the skeleton, non-invasively and in incredible detail. Heterodontosaurus was a plant eating animal, with big canines in the front of the jaw and grinding teeth in the back. In order to understand how the dinosaur moved, ate and breathed, the scientists scanned the specimen over a five-day period, and then examined the X-rays created by the ESRF. What they got was a three dimensional reconstruction of the skull from which they were able to determine that the specimen was most likely a juvenile (based on the weak bond of the skull bones), and gained insight into how it held its head, based on the reconstructed balance organs, and how the dinosaur interacted with his environment – all examples of data that a two dimensional image wouldn’t have revealed. The dinosaur skeleton was discovered within a stream bed, on a farm in the Eastern Cape province. With assistance from the Albany Museum in Grahamstown and Rhodes University Geology Department, the fossil was excavated and enough rock was painstakingly removed from the bones to be able to identify the specimen. Any additional preparation work, however, was close to impossible considering the size and fragility of the skeleton and how hard the rocks around it were, meaning the scientists couldn’t fully study the skeleton’s anatomy. Using synchrotron technology scientists are able to reconstruct skeletons with amazing detail, and no damage. ]]>