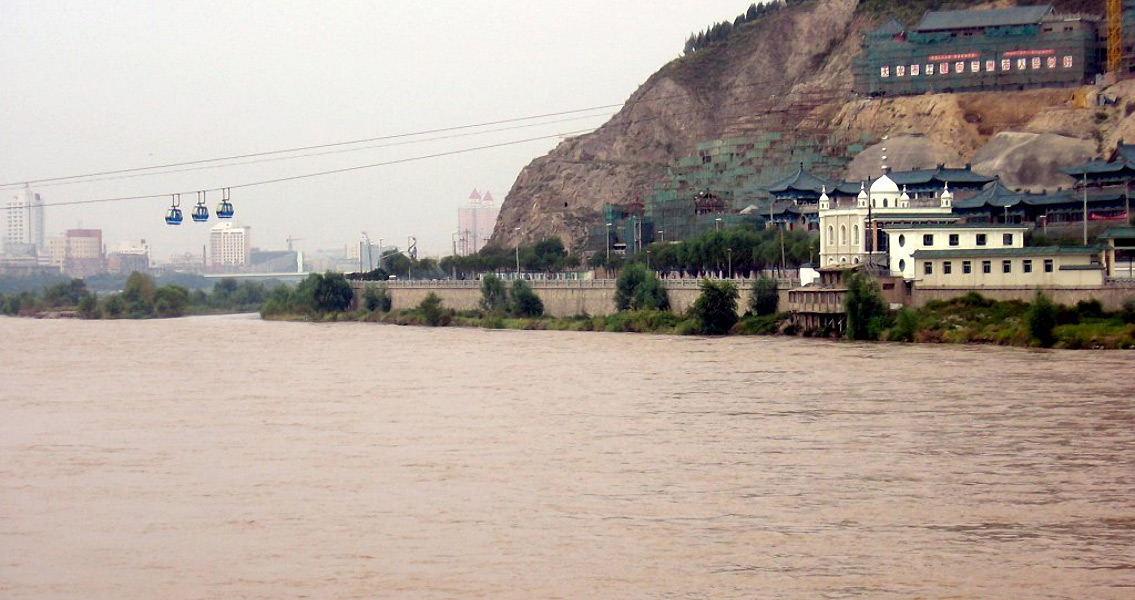 New York Times, team leader Qinglong Wu says that a new lake caused after a landslide, precipitated by an earthquake, dammed the Yellow River near the Jishi Gorge, close to the Tibetan plateau. The water level rose by around 800 feet, according to data gathered by the researchers. Water accumulated for between six and nine months, only for the dam to finally give way, releasing a deluge of 3.8 cubic miles of water – easily one of the most extreme floods of the last 10 millennia. Researchers say that there was so much water the flood wave could have traversed as far as 1,250 miles down the course of the Yellow River, easily obliterating the natural banks of the river and causing unprecedented flooding. The course of the river itself could have been altered by this event, they added. While floods can be difficult to place in the historical record, in this case the same earthquake that led to the landslide that dammed the Yellow River also destroyed the local village of Lajia around 16 miles downstream. The flood and the earthquake seem to have occurred in the same year, as fissures created by the earthquake had been filled completely and exclusively with flood-borne sediment. The earthquake that destroyed Lajia has been pinpointed to around 1920 BCE, after the remains of three children killed by the natural disaster were radio carbon dated. Researchers estimate the beginning of the Xia dynasty at between 2070 and 1914 BCE based on records dating from the time, and 1920 BCE is squarely within this period. Additionally, the stories of Emperor Yu organizing the dredging of drainage canals in order to help the region recover from the Great Flood seem to be much more plausible in light of the new discoveries. While there could have been a great many floods over the millennia in the region – and a great many chances to recover from them, the jury is still out on whether this new evidence will be enough to legitimize the annals of Emperor Yu’s reign as historical fact – but Wu and his team believe it’s a step in the right direction. The results of the team’s research, which have been published in the journal Science, can be found online here ]]>