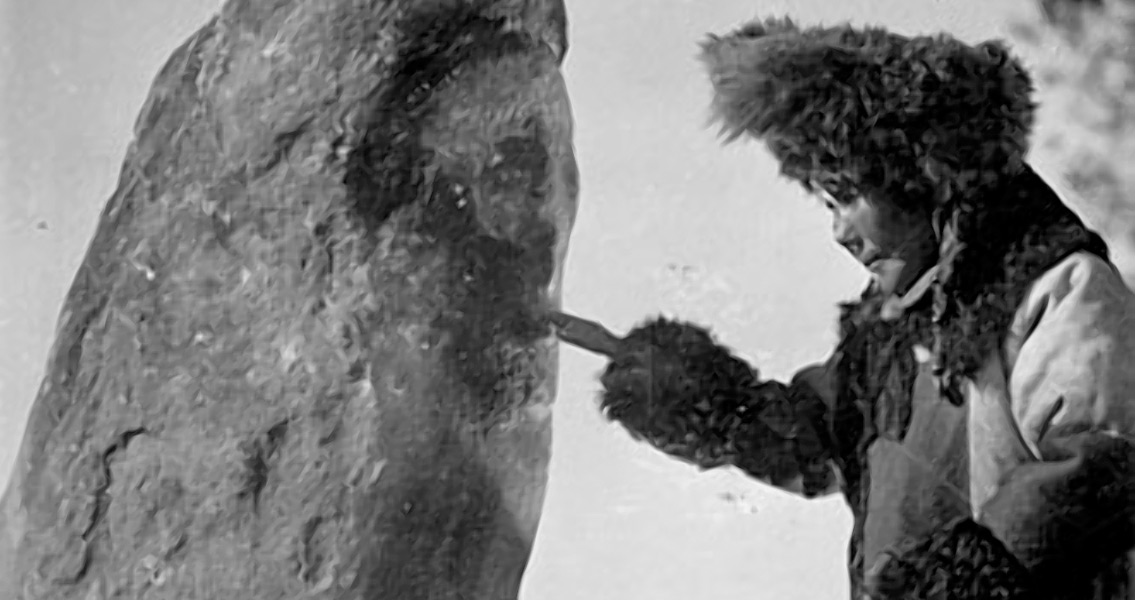 Siberian Times, “For such an ancient epoch, this woman has a lot of items in her grave. We have not encountered anything like this in other burials from this time, and it leads us to suggest that the items in her grave had some ritual meaning. We hope to get even more rare and spectacular finds next year, when we will continue to study this unique (burial) mound and open the central burial plot.” The funerary items which had been buried with her include approximately 100 decorations (made with the teeth of various animals), bone and horn carved items, an incense burner, bone needles, jars, and a bronze knife. Additionally, her funeral costume was embellished with more than 1,500 beads. Researchers were particularly excited after the discovery of a clay incense burner because it’s decorated with the same sun-shaped faces previously-discovered on ancient rock art in Siberia. Polyakov explained in the Siberian Times, “Its importance is hard to overestimate. All such images previously discovered had been found only on cliffs or separate stones. Now there is the prospect to find out when they were made,” adding, “Now, thanks to our current research, we can definitely say that these rock arts were made by the representatives of the Okunev culture.” The location where the grave was found is known as the Itkol II burial site. Excavations at the site started in 2008, with around 560 archeologically significant finds unearthed so far. The culture owes its name to the nearby city of Okunev, in the south region of Khakassia, where the first burial site was discovered in 1928. The Okunev Steles, anthropomorphous stone columns which are several meters high, are the most well-known monuments attributed to the Okunev culture. Dr. Polyakov is quoted in the Siberian Times as saying, “Okunev archaeological culture is a unique phenomenon of the Early Bronze Age of Southern Siberia. We have a huge quantity of artistic heritage in the form of numerous images – ‘masks’, carved or engraved on the rocks. They have special style, which is a kind of symbol of Okunev culture.” After the incense burner has been restored and precisely dated it will be exhibited at the Hermitage Museum in St Petersburg. ]]>