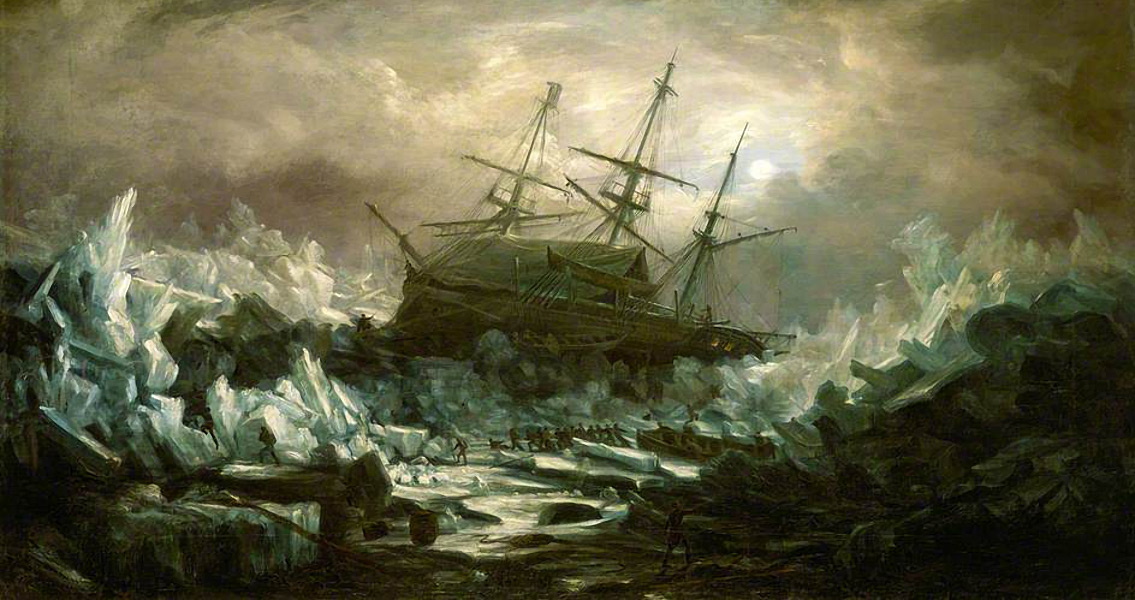 The Guardian, the Arctic Research Foundation sent a small, remote-controlled submersible watercraft through one of the wreck’s open hatches, sending back remarkable images of the exterior and interior of the ship. Foundation operations director Adrian Schimnowski, corresponding from the research vessel Martin Bergmann, informed the newspaper that the researchers positively identified the ship’s mess hall, several of the cabins, and the food storage compartment – complete with plates still on the shelves. Other finds include a pair of wine bottles, several tables, and even a desk with its drawers still open. The newly-found wreck is almost certainly HMS Terror, but estimates of where the Royal Navy explorer vessel was thought to have succumbed to the sea ice say the wreck should have been located around 60 miles further north of its current location. If this wreck, located in Terror Bay: an uncharted body of water off the shore of King William Island, is indeed the HMS Terror the accepted narrative of polar exploration may need to be rewritten, researchers say. From the wreck’s discovery on September 3rd to the most recent series of images gathered by the researchers’ remote-operated vehicle, the team has been hard at work comparing the gathered data to the builder’s plans for HMS Terror. Many correlations have been made, helped by the fact that the condition of the wreck is excellent, with the metal-sheathed hull largely intact. Sheathing was added to the Terror prior to its expedition to help it withstand sea ice during its exploration. Sitting 80 feet below the surface, HMS Terror was found level on the seafloor, something that indicates the ship sank gently to the bottom, Schimnowski remarked. Study of the vessel suggests that before the wreck sank beneath the waves the ship’s crew may have deployed an anchor line, based on a long, heavy rope spotted protruding through a hole in the deck of the ship. The implications of the new find could be groundbreaking – researchers suggest that after it was initially abandoned, HMS Terror might have been re-manned by British explorers seeking an escape route from the all-encompassing ice. This may explain why the ship, which was originally abandoned at the top of Victoria Strait, was found 60 miles south of where it was expected to be. ]]>