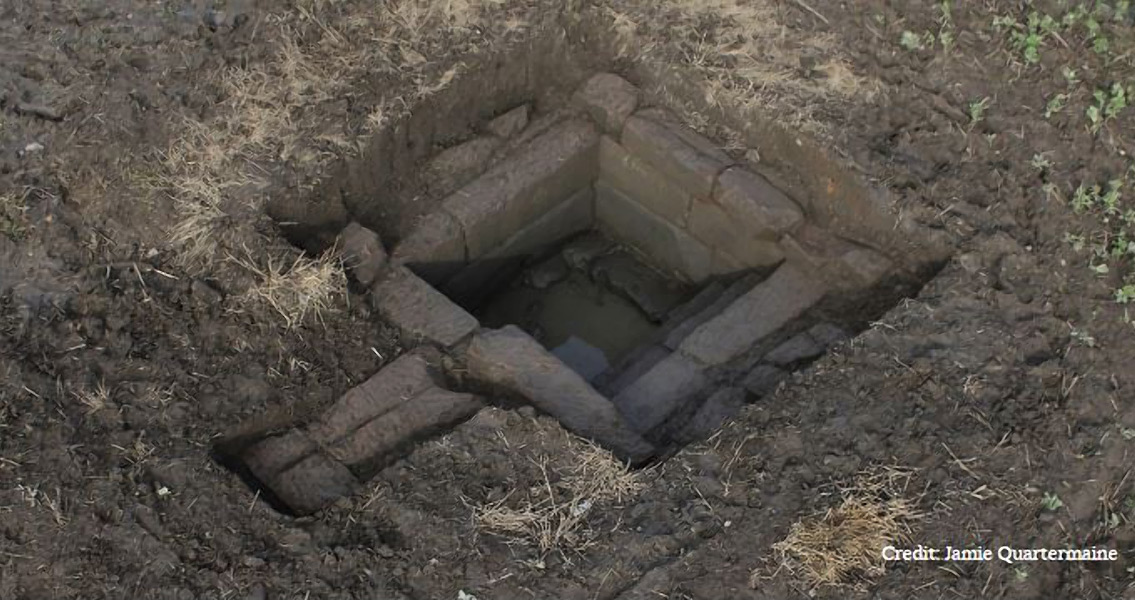 Discovery News. The well, measuring 6.5 feet square, was built with locally sourced sandstone blocks. It consists of the square basin with two steps. After going down the steps, pilgrims would submerge themselves in the pool, which was around 4 feet deep. Water seeped in from below the floor. “The fabric of the well is consistent with a Medieval date,” Quartermaine says in Seeker. “This well was probably a late Medieval foundation as the cult of St. Anne did not become widespread in England until after the end of the 14th century.” The dating is crucial according to Alexandra Walsham, with Cambridge’s Trinity College, who told Seeker that “a Medieval past for many healing wells was assumed or even invented by later antiquaries, especially in the 19th century.” According to local legend, recorded in documents held by Historic England Heritage, St. Anne’s Well was part of an estate held by a priory of around twelve monks which was lost when Henry VIII disbanded the monasteries. The story says that St. Anne had taken a bath in the well, which was said to heal skin and eye afflictions. Attracting a number of pilgrims, a small three-room structure was built around the well, and two monks were stationed there. Local folklore tells of a sixteenth century dispute between Father Delwaney, the prior, and Hugh Darcy, the manager of the neighboring estate, over property lines and access to the well. On one occasion, as the two stood near the well, Darcy predicted that Father Delwaney wouldn’t have his position for much longer. Two days later when the King’s officials arrived at the priory and proceeded to take possession of it and the well, the prior knew Darcy was to blame. A report on local legends published in 1877 in the St. Helens Leader, describes what happened next. The prior hissed out a curse, “With teeth tightly clenched, and his face white with suppressed passion.” Delwaney announced that Darcy would be dead within one year and a day, and then he collapsed and died. Inexplicably, a series of tragedies did befall Darcy. Three months after the prior’s curse, Darcy’s only son died after a mysterious illness, he suffered financially and “plunged recklessly into dissipation”, according to the St. Helens Leader. After a night of heavy drinking at a local tavern, he disappeared. “The search began. Nothing was seen until they came to the well, in which Darcy was found lying dead, his head crushed in”. Despite the legend, the well was revered and sought out, even after the dissolution of the priory, and people submerged themselves in the well waters up until the nineteenth century. Work is now underway to preserve and protect the site. Image courtesy of Jamie Quartermaine]]>