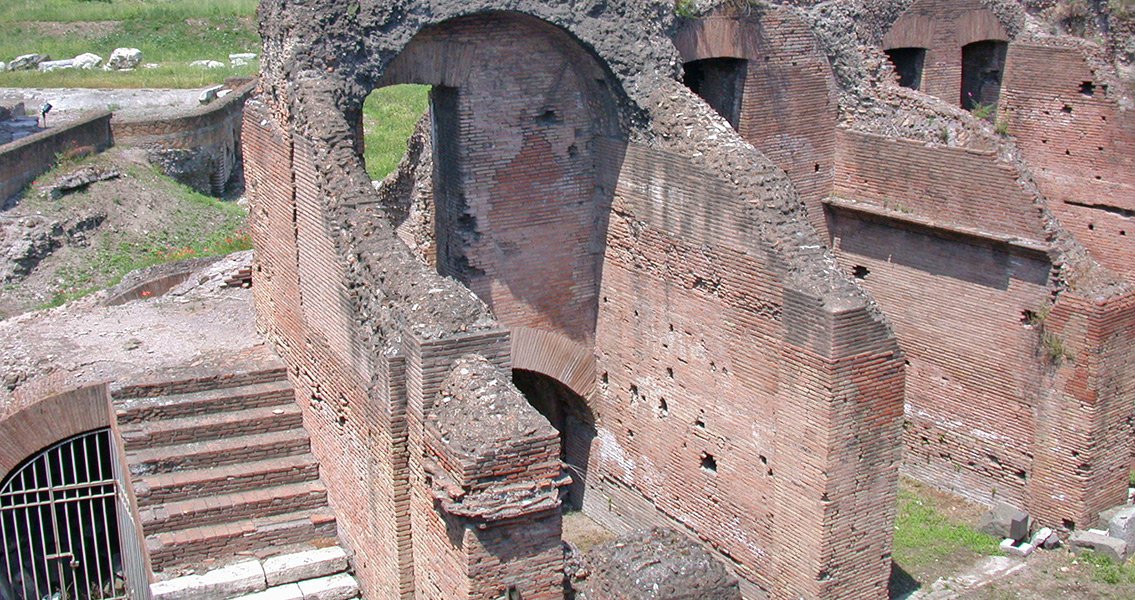 the Telegraph, the seven-year-long excavation of the remaining corner of the Circus Maximus yielded massive archaeological finds. Items such as fragmented golden bracelets and necklaces, a gilded glass goblet with the image of a horse, and over 1,000 bronze coins dating to the third century CE were found within the ruins. Additional finds include the remains of a triumphal arch, constructed of Tuscan white marble, erected in honor of Emperor Titus’ quashing of the Jewish Rebellion in 70 CE. The arch itself would have been the largest of its kind at the time it was constructed, according to Marialetizia Buonfiglio, the archaeologist who spearheaded the excavation efforts. Its position drew the eyes of everyone within the arena, and was used as the spot where Roman emperors would enter the Circus Maximus, often to the roars of hundreds of thousands of patricians and plebeians alike. It is thought that the Circus Maximus was used for sporting events as far back as around 800 BCE, as Romulus, the mythical founder of Rome, is said to have hosted horse races on the central track. The Imperial Roman-era version of the complex was largely destroyed in 64 CE in a fire; subsequent emperors attempted to rebuild it, and the final touches were put on the reconstruction efforts – at great expense – by Emperor Trajan in 104 CE. Games continued to be held there until the sixth century CE. There is still plenty to discover by archaeologists when it comes to the Circus Maximus. The original chariot track, for example, is still buried beneath approximately 30 feet of accumulated soil and rubble, a result of the disused sports complex being repurposed as farming fields and even industrial factories by the nineteenth century. During the early to mid-twentieth century, the Circus Maximus was repurposed once again, most notably by Mussolini, as a parade ground for displays of fascist propaganda. ]]>