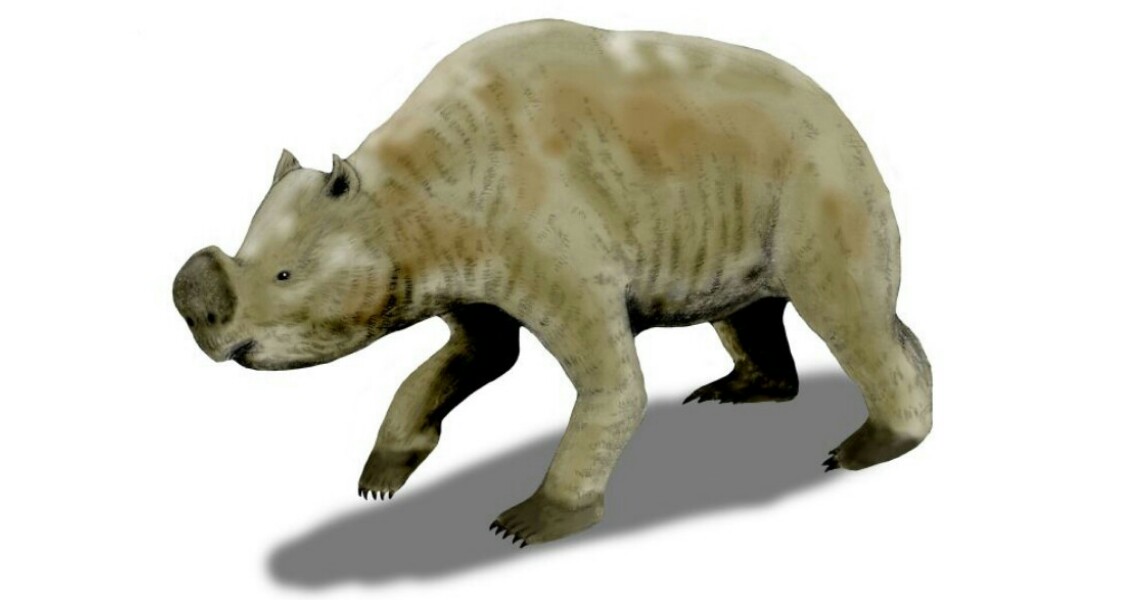 Zygomaturus trilobus, discovered several decades ago may have finally provided the answer. Large and lumbering with big flared cheek bones (zygomatics), Zygomaturus was a marsupial generally the size of a large bull. Little is known about its ecology, or why it went extinct. Excavated on two different occasions during the 1980s, the animal’s upper jaw was shipped to the Australian Museum in Sydney where it was stored still surrounded by the original sediments. The lower part of the jaw is on display at Mungo National Park. Optically stimulated luminescence dating (OSL) was used to test the sediment samples, while the fossils were tested directly using uranium series (U-series) dating. The tests show the specimen died approximately 33,000 years ago. Aborigines arrived in the region about 50,000 years ago. The Zygomaturus specimen indicates megafauna and people coexisted for 17,000 years at least. In fact, the species appears to have lived until the dramatic climate change referred to as the last glacial cycle prior to the Last Glacial Maximum. This date of 33,000 years does not necessarily represent the extinction of Zygomaturus. The deteriorating climatic conditions could have made Willandra Lakes a refuge for both people and megafauna as the surrounding plains became drier, bringing species like the Zygomaturus into increased contact with people. Regardless, the fossil has caused a shift in the debate over megafauna extinction. The research has been published in the Quaternary Science Reviews journal. ]]>