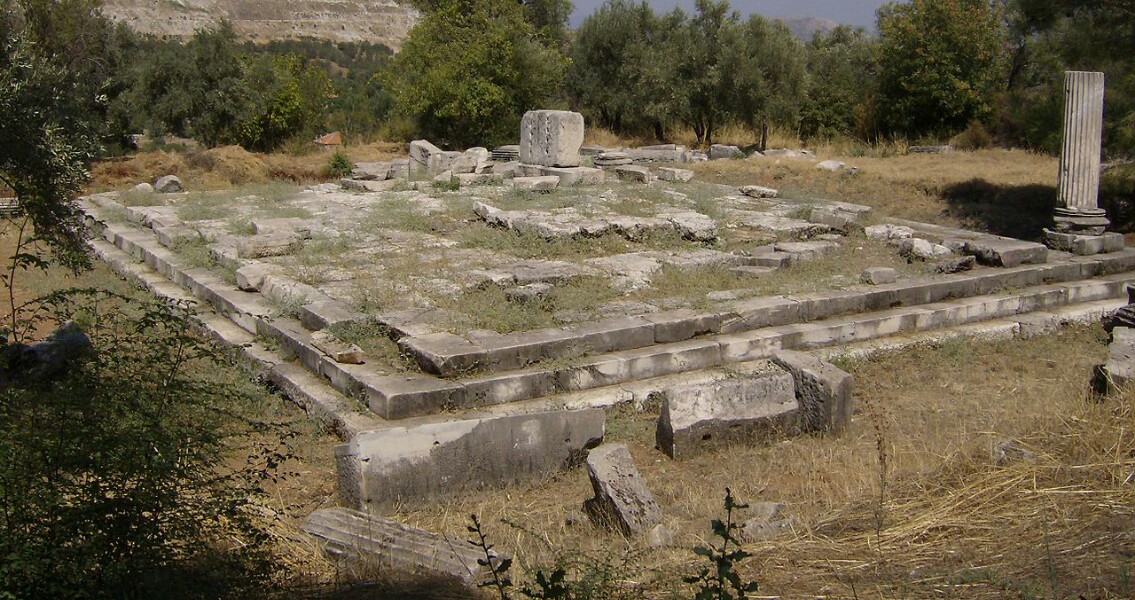 Hurryiet Daily News. Located today in the western Turkish province of Mugla, in the center of the Yatagan district, the long-ruined ancient city is thought to have been one of the largest marble cities of antiquity from its founding during the Hellenistic era. Bilal Sogut, the Pamukkale University professor in charge of the excavation, recounted how the tombs, which contained the remains of both adults and children, were just some of the recent finds, which also included artifacts from varied time periods and evidence of a settlement that would have existed 3,500 years in the past. The researcher, who referred to Stratonikeia as “a living archaeological city”, called the site unique for is various characteristics, which included a high number of ancient structures surviving to the present day. The city, which would have at one time been home to the Carians of central Anatolia before the arrival of the Greeks, also holds ties to the Leleges, a pre-Hellenistic people that were said to have been allies of Troy during the Trojan War, the archaeologist said. One of the primary finds, according to Sogut, was the nearly four-foot-long skeleton found within a Byzantine-era tomb that had been undergoing cleaning and preservation works. The remains are thought to have belonged to a young woman who lived nearly 1,300 years in the past. There are high levels of historical continuity, according to the archaeologists, especially on one of the main areas currently under excavation and study. A thoroughfare being called “Western Street”, which was a field repurposed as a graveyard after a church on the site had collapsed, was the location of the 65 Byzantine tombs. Sogut remarked that the finds are currently undergoing conservation, with work continuing into 2017 at the very least. Even when archaeological finds are too far eroded or destroyed by time to be reconstructed, tourists to Stratonikeia will still be able to glimpse what life would have been like in the ancient city; there are plans to virtually reconstruct much of the structures unearthed through the use of 3D visualization technologies. Sogut says that once the excavation, analysis, and conservation efforts are concluded, visitors will be able to see many of the ancient city center’s structures, as they have been “revived” thanks to the use of the 3D technologies. Providing visual three-dimensional physical representations of ancient structures leads to higher levels of impact on visitors, the archaeologist stated, adding that it provides better opportunities for understanding. The 3D rendering, combined with gravure drawings, will be prepared in time to show visitors by the next season, Sogut said. Hopes are high that Stratonikeia, which has been classified as a “Tentative” UNESCO World Heritage Site, will soon be transitioned to full status. Archeological finds such as these, and those uncovered by research teams in the past, can help to expedite this process. ]]>