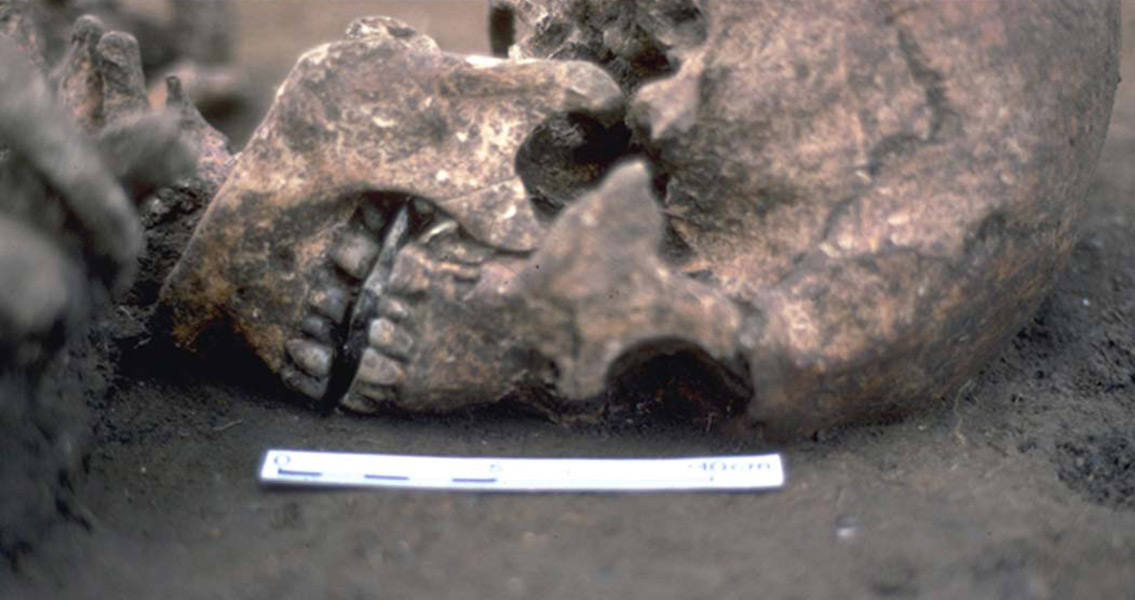 The Guardian. Archaeologists that studied the burial say that the man could have been buried in such a manner to prevent him from rising from the dead and terrorizing the living. Discovered near the river Nene at Stanwick, the original site dates to either the third or fourth century, when the region would have been dominated by small farming communities. Originally discovered in 1991, it was only recently that research methods had progressed to the point where specialist archaeologists and other experts from Historic England were able to uncover the complex mysteries of the burial. The mutilation in question is thought to have been unique among Romano-British remains, according to human skeletal biologist Simon Mays, who worked with Historic England to study the burial. Never before has such a practice been identified in the archaeological record, Mays added, remarking that the position of the body would have been consistent with an individual who was either a threat to a community – or just seen as distressingly, perhaps dangerously, odd. It’s difficult to pinpoint the age of the man when he died thanks to the lack of precision in modern methods. However, scientists feel that, based on the evidence they have gathered, the man is likely to have been at least in his thirties when he died – and that the fact that his tongue was severed could have been the result of a self-inflicted wound due to poor mental health. Another more sinister theory is that the loss of his tongue might have been meted out as punishment for some crime. There are ancient Germanic laws that prescribed the removal of the tongue as a punishment for malicious slander or bearing false witness, Mays said. There’s no known Roman laws to that effect, but researchers are looking into the possibility as the knowledge modern historians have about Romano-British practices are not nearly as complete as they could be. May said that the team latched on to the idea of the man’s tongue being amputated by looking at other Romano-British burials where missing body parts were replaced by foreign objects at appropriate anatomical locations. There’s around less than a dozen such identified instances, the majority of which are decapitations where a pot or a stone was placed in the grave in lieu of a head, the burial expert explained. With the stone found in the front part of the mouth, where the tongue would have been, the researchers felt it was a safe bet to conclude it had been placed there to take the place of a missing tongue. Corroborating evidence regarding the loss of the man’s tongue prior to his death came in the form of traces of bacterial infection in the bones of the mouth typical of the type of infection one would have received in the third or fourth century after having their tongue removed. Image courtesy of Historic England]]>