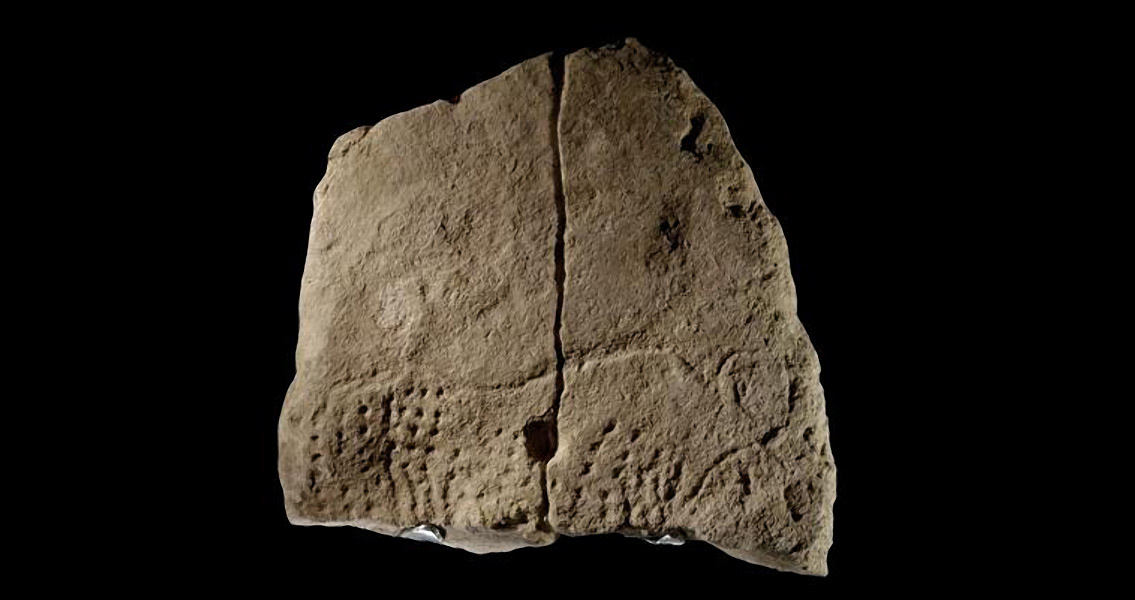 Amazing 38,000 Year Old Engraving of an Aurochs Found in France

Quartenary International. “The discovery sheds new light on regional patterning of art and ornamentation across Europe at a time when the first modern humans to enter Europe dispersed westward and northward across the continent,” said White, in a press release from NYU. Depicting a complicated image involving an aurochs surrounded by a row of dots, the remarkable stone slab was excavated from Abri Blanchard. The site had undergone excavations in the early twentieth century, but starting in 2011 White and his team began a methodical exploration of the remaining deposits. Abri Blanchard is home to artefacts from the Aurignacian culture, a modern human tool making and artistic culture of Upper Paleolithic Europe. A massive diversification and specialisation in tools during the time of the Aurignacian culture (between 43,000 and 38,000 years ago) facilitated its distinctive artwork. In particular, the invention of an engraving tool known as the burin made remarkable rock engravings possible. Although anatomically modern humans first appeared around 100,000 years ago, the Aurignacian culture is widely considered to represent the first modern humans to settle in Europe. Also located in the Vézère Valley, not far from Abri Blanchard, are the Cave Paintings of Lascaux. One of the most famous archeological sites in the world, the Paleolithic cave paintings of Lascaux are remarkable for both their size and the quality of their preservation. Believed to date to sometime around 20,000 years ago, they are among the oldest known cave paintings in existence. White believes that Aurignacian art, such as the stone slab found at the Vézère Valley site, allows us to see into the lives and minds of its creators, and the societies they inhabited. “Following their arrival from Africa, groups of modern humans settled into western and Central Europe, showing a broad commonality in graphic expression against which more regionalized characteristics stand out,” he explained in the NYU press release. “This pattern fits well with social geography models that see art and personal ornamentation as markers of social identity at regional, group, and individual levels.” The oldest known engravings to have been created by a human ancestor date to around 500,000 years ago. A series of zig-zags found on a shell in Java, these markings likely made by Homo erectus constitute the oldest examples of decorative art yet discovered. Abri Blanchard has long been recognised as one of the oldest sites in Europe bearing artefacts of modern human art and symbolism. Since its discovery at the turn of the last century, hundreds of ancient items have been found there, including personal ornaments such as animal teeth, ivory and soapstone beads, pierced shells, paintings and engravings. Image courtesy of Musée national de Préhistoire collections – photo MNP – Ph. Jugie ]]>