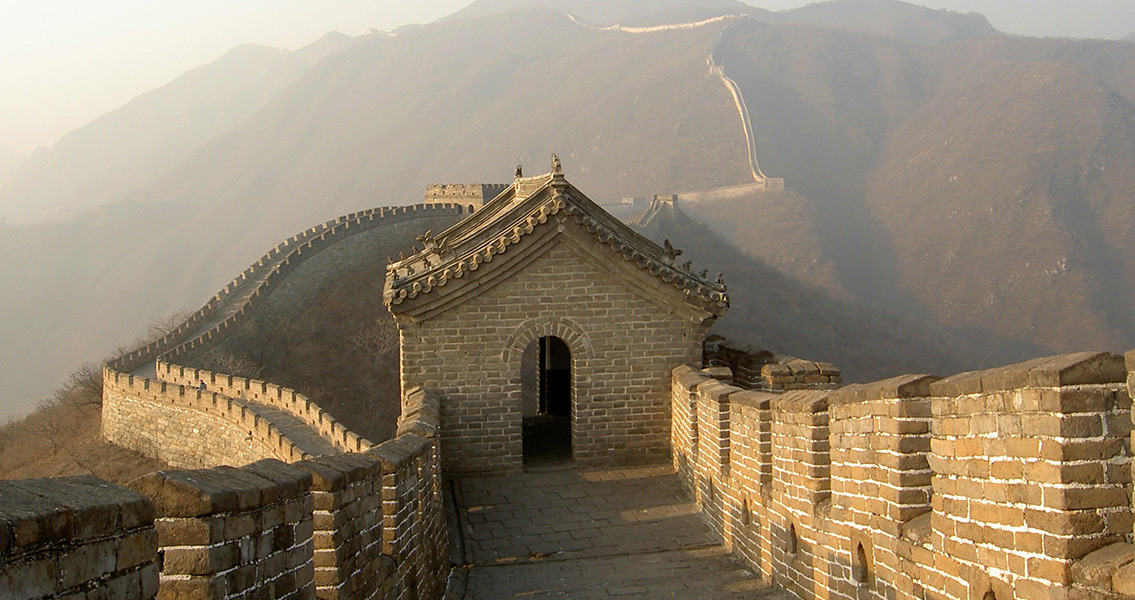 Trump's Wall Vs The Great Wall Of China, Hadrian's Wall & the Berlin Wall

The Great Wall of China Trump’s proposed wall would pale in comparison to the impressive Great Wall of China, which at its peak measured 13,170.7 miles (21,196.18 km) in length. Even today, what remains of the wall (5,500 miles, 8,851 km) is more than twice the length of the Mexican-US border. Consisting of a series of fortifications and connected walls, the Great Wall of China was first conceived in the third century BCE by Emperor Qin Shi Huang as a means of protecting the Chinese Empire from incursion by barbarian nomads. The most recognisable and well preserved section of the Great Wall was built centuries after the project began, during the Ming Dynasty from the fourteenth to the seventeenth century CE. Although still a powerful symbol of Chinese culture, the Great Wall of China ultimately failed to prevent invaders entering China. In the seventeenth century, Manchus from central and southern Manchuria broke through the wall, attacking Beijing and bringing about the end of the Ming Dynasty and the rise of the Qing Dynasty. Nevertheless, the wall still remains one of the most impressive architectural feats in history. Hadrian’s Wall For nearly 300 years Hadrian’s Wall marked the north-west frontier of the Roman Empire, affording it enormous symbolic as well as defensive importance. The wall’s construction was ordered by Roman Emperor Hadrian on his visit to Britain in 122 CE. At its peak it stretched over 73 miles, crossing northern Britain. The wall had a selection of small castles and towers at regular intervals along its length, meaning there were observation points every third of a mile. Much like the Great Wall of China, Hadrian’s Wall was built as a defensive measure to keep out nomadic tribes, in this instance the Picts of Scotland. In 180 CE, during a major war, a tribe from the north managed to cross over the wall, attacking a fort and killing the Roman general and troops stationed there. The attack likely led to changes in how the wall was manned and its defensive system, but it remained a prominent military installation throughout the Roman occupation of Britain. Following the Roman withdrawal in the fifth century however, Hadrian’s wall started to fall into disrepair, the stones used in its construction being quarried to build castles, churches and houses. The Berlin Wall The most short lived of the three walls, but perhaps the most traumatic for those affected by it. The Berlin Wall was a symbol of the Cold War, and a Europe divided into East and West. Measuring 87 miles long and around 3 metres high, it came to embody a huge cultural divide. In August 1961 the Communist Government of the German Democratic Republic started work on the barbed wire and concrete Antifascistischer Schutzwall (antifascist bulwark) between East and West Berlin. The GDR government claimed the wall was built to prevent ‘western fascists’ attempting to infiltrate East Germany’s socialist society, but in large part its creation was intended to stop the stream of migration west out of the Soviet Union. When completed, the wall embodied the separation of East and West Berlin. Travel between the two sides became virtually impossible, except for diplomats and officials who went through designated checkpoints – the most famous of which was Checkpoint Charlie. On 9th November 1989 the GDR announced that Berliners could once again cross the wall whenever they pleased. An ecstatic atmosphere descended on the city, citizens rushed to climb over the wall, or took pickaxes to it in an attempt to bring it down. 138 people were killed attempting to cross the Berlin Wall over the 28 years of its existence, either by being shot or through accidents associated with their attempts to evade the authorities. The three walls mentioned served their purposes with varying levels of success. Beyond their intended practical uses however, they are so well remembered for the symbolic barriers they represented. It is this that can perhaps provide the biggest insight into the proposed US-Mexico border wall.]]>