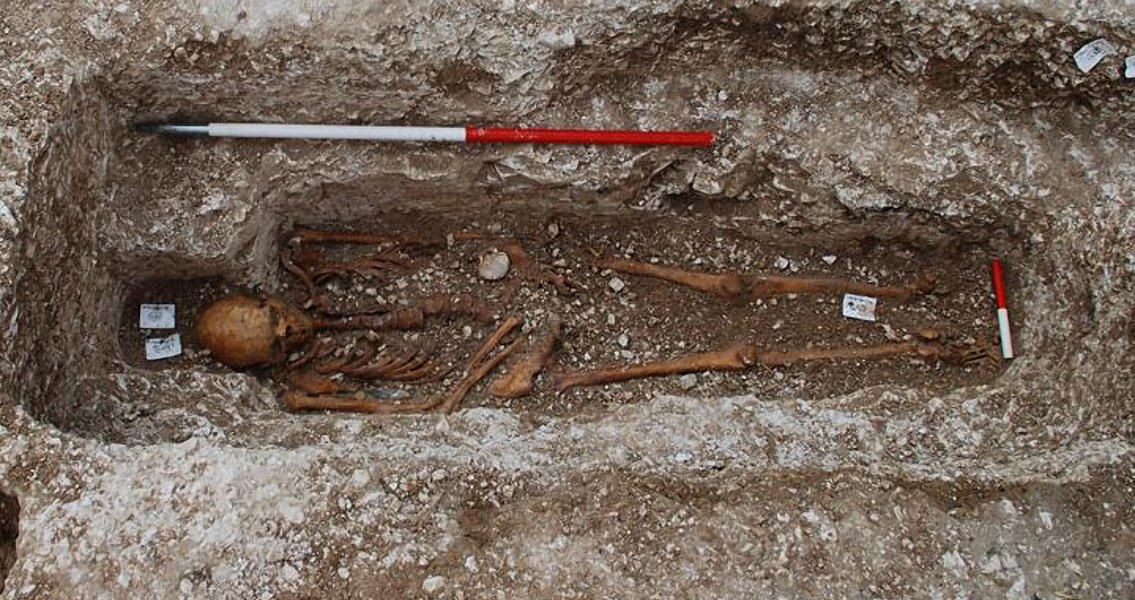 Mycobacterium leprae or Mycobacterium lepromatosis, it has affected human societies across the world for millennia. Reaching epidemic levels in the Middle Ages, leprosy continues to infect people to this day. The organisms responsible for leprosy are close relatives of M. tuberculosis, the bacteria that causes tuberculosis. Scientists theorise that leprosy enters the body through either breaks in the skin or through the mucous membranes of the nose, a theory supported by the fact that the disease tends to get transmitted after prolonged periods of close contact. Ultimately however, scientists are still unsure of the exact mechanism behind leprosy’s transmission. A multidisciplinary team investigated the strain of leprosy found in a leprosy hospital cemetery in Winchester, UK. Extensive tests were performed on a skeleton excavated from the cemetery, including genotyping, radiocarbon dating, biomolecular analysis, osteology, strontium, and oxygen isotopic analyses, as well as host of archaeological tests. Radiocarbon dating revealed that the remains studied had been buried in either the late eleventh or early twelfth century. The team believe that the individual was likely a wealthy religious pilgrim from outside the UK. As well as analysing the single skeleton in great detail, the team found that 86% of all remains sampled at the burial site displayed skeletal lesions indicative of leprosy. Simon Roffey and Katie Tucker, of the University of Winchester UK, and Michael Taylor of the University of Surrey, UK, along with their colleagues, determined that the M.leprae genome had not changed significantly since the terrible epidemic that ravaged the Middle Ages. The finding is hugely significant, suggesting that the lack of variation in the genome has allowed humans to build up a resistance to leprosy, leading to the substantial decline in the disease’s transmission. The strain of M.leprae sampled from the skeleton was found to belong to the 2F lineage, a strain which today is associated with leprosy cases in South-Central and Western Asia. Although most of the M.leprae strains found at the Winchester cemetery fall into the 2F lineage, the sample presented in the paper was genetically distinct from these isolates. It remains unclear exactly where or when the pilgrim actually contacted leprosy. Nevertheless, the team’s findings have the potential to greatly enhance our understanding of the transmission of leprosy in the past, and the present. “These findings confirm the benefits of a multidisciplinary approach which allows investigation of the wider relationship between leprosy, medieval pilgrimage and M. leprae transmission.” the authors write in the study, published in open access journal PLOS Neglected Tropical Diseases. Image courtesy of Roffey, S. and colleagues, PLOS Neglected Tropical Diseases ]]>