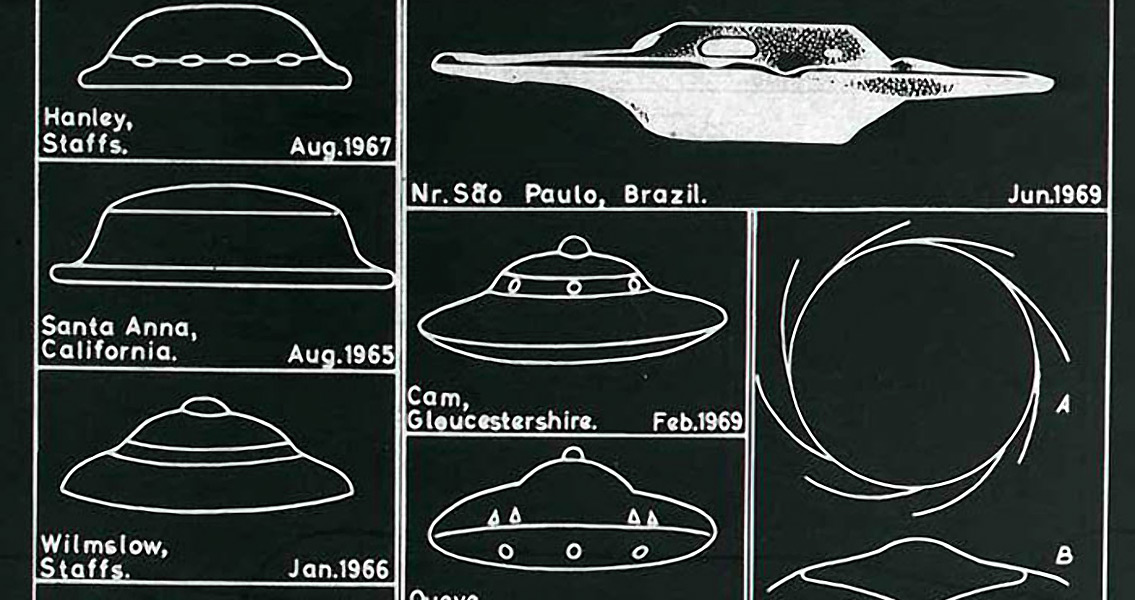 UFO and Alien Believers from History – From Churchill to Newton

Churchill “With hundreds of thousands of nebulae, each containing thousands of millions of suns, the odds are enormous there must be immense numbers which possess planets whose circumstances would not render life impossible.” wrote Churchill in the essay, entitled ‘Are We Alone In The Universe?’ “I am not so immensely impressed by the success we are making of our civilisation here that I am prepared to think we are the only spot in this immense universe which contains living, thinking creatures.” This is far from the first time Churchill has been associated with extra-terrestrial life. Papers released by the National Archives in 2010 alleged that Churchill had ordered a reported encounter between an RAF plane and a UFO over southern England covered-up, for fear of the mass panic it could cause in the the tense wartime environment. Although the evidence backing up this supposed cover-up is largely anecdotal, it’s nevertheless inspired some conspiracy theorists to speculate on just how much Churchill knew about extra-terrestrials. During his second term as Prime Minister in 1952, Churchill ordered an official investigation into UFO sightings over England. That report concluded most UFO sightings were misidentifications in no need of further examination. Douglas MacArthur A hero of the Pacific theatre during the Second World War, General Douglas MacArthur later suffered the disgrace of being relieved of his command after criticising President Truman’s handling of the Korean War. The controversial military leader also held highly controversial views on extra-terrestrial life. “…the next war will be an interplanetary war. The nations of the earth must someday make a common front against attack by people from other planets. The politics of the future will be cosmic, or interplanetary”, he said publicly in 1955, on one of several occasions he openly discussed the possibility of humans coming into contact with Aliens. MacArthur’s high rank in the military meant he was likely privy to a host of classified information, with some speculating this would have extended to UFO sightings. There is little evidence to actually corroborate the belief, however. Ronald Reagan and Jimmy Carter Two US presidents were both incredibly open about their interests in UFOs. While on the campaign trail, Jimmy Carter promised to make public all documents on UFOs. “I don’t laugh at people anymore when they say they’ve seen UFOs. I’ve seen one myself.” Ronald Reagan meanwhile, claimed to have seen a UFO while governor of California. As his aircraft approached for a landing at Bakersfield California in 1974, the future president supposedly saw a mysterious glowing object in the sky and ordered the aircraft pilot to follow it. “We followed it for several minutes. It was a bright white light.We followed it to Bakersfield, and all of a sudden to our utter amazement it went straight up into the heavens. When I got off the plane I told Nancy all about it.” Christiaan Huygens, Isaac Newton and William Herschel Belief in aliens isn’t merely a modern phenomenon. Christiaan Huygens, a leading Dutch scientist of the seventeenth century famous for explaining the nature of Saturn’s rings and discovering its moon Titan, wrote a long treatise on the prospect of extraterrestrial life. ‘Cosmotheoros (or The Celestial Worlds Discover’d: or, Conjectures Concerning the Inhabitants, Plants and Productions of the Worlds in the Planets’, published shortly after Huygens’ death, explained in detail a hypothetical alien race. “That which makes me of this Opinion, that those worlds are not without such a Creature endowed with Reason, is that otherwise our Earth would have too much the advantage of them, in being the only part of the Universe that could boast of such a Creature…” Huygens’ work was criticised at the time as unscientific, while some modern critics have suggested he was in fact being ironic. Nevertheless, other renowned scientists from the period engaged with the idea of alien life. Isaac Newton said in 1701: “For if all places to which we have access are filled with living creatures, why should all these immense spaces of the heavens above the clouds be incapable of inhabitants?”. William Herschel, who discovered Uranus, made a similar argument, speculating that any celestial body could be inhabited – the sun and moon, even comets and asteroids. ]]>