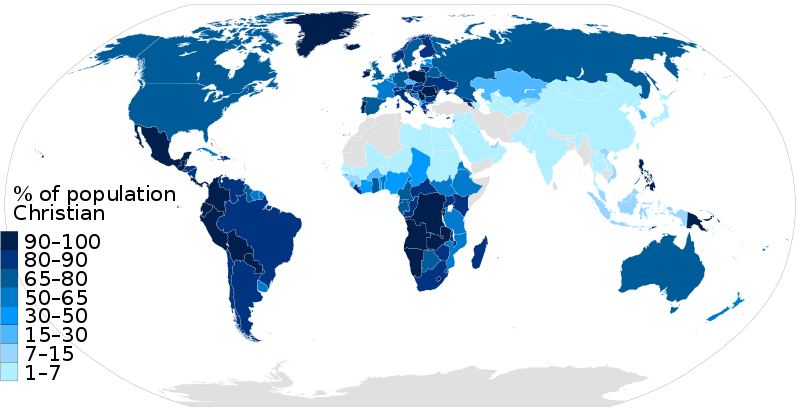 How did Christianity spread?

A new paper delves into research from 70 Austronesian Christian societies, where political hierarchies, social inequality and population size were all analysed. Austronesian societies shared a common ancestral language and are located across Southeast Asia, East Africa and the South Pacific. Despite some similarities, they have a great variation of societal make ups; with some forming small, egalitarian, family-based communities and others following the concept of a large, politically complex society. Hawaii is an example of the latter. The communities were converted in the 18th and 19th Centuries. Some took under a year to convert; the longest took 205 years. With such a range of social structures and reactions to conversion, these Austronesian societies were ideal for exploring theories on cultural change.

Win the chief and you win the tribe

The researchers have revealed that cultures with political leadership structures already in place were usually more easily converted to Christianity. They call it a ‘top down’ process of conversion: chiefs and elite leaders were the first to be converted by missionaries. Due to their existing influence over their people, the spread of Christian doctrine followed naturally.

Interestingly, social inequality was not related to conversion times. This debunks the theory that Christianity spread from the bottom up, by empowering the impoverished and promising an improved experience in the afterlife. There was a distinct correlation between small populations and the fast spread of Christianity, proving the importance of population size during processes of cultural change.

“A smaller populace is more open to innovation”

Lead author Dr Joseph Watts undertook the research at the University of Auckland’s School of Psychology and the Max Planck Institute for the Science of Human History in Germany. The research team also includes doctoral candidate Oliver Sheehan, Professor Joseph Bulbulia, and Professor Russell Gray. Dr Watts says: “While people often think of big societies as sources of innovation, our findings show that bigger societies can also be slow to pick up on new ideas… In a small population, it becomes more likely that beliefs will be transmitted relatively quickly, particularly if they are being driven by leaders and other powerful figures.”

Looking beyond Christianity and even religion, Dr Watts says this is indicative of cultural change at large. “If you look at our contemporary world, some things spread incredibly quickly while others take a very long time so here we provide evidence of why that might be.” University of Auckland Professor Quentin Atkinson adds: “This research can help us understand how both the size and the structure of populations influence the diffusion and adoption of new institutions, ideologies or technologies.”]]>
Tags: Christianityideologyreligion
Share 0
Tweet
Share
Share
Share