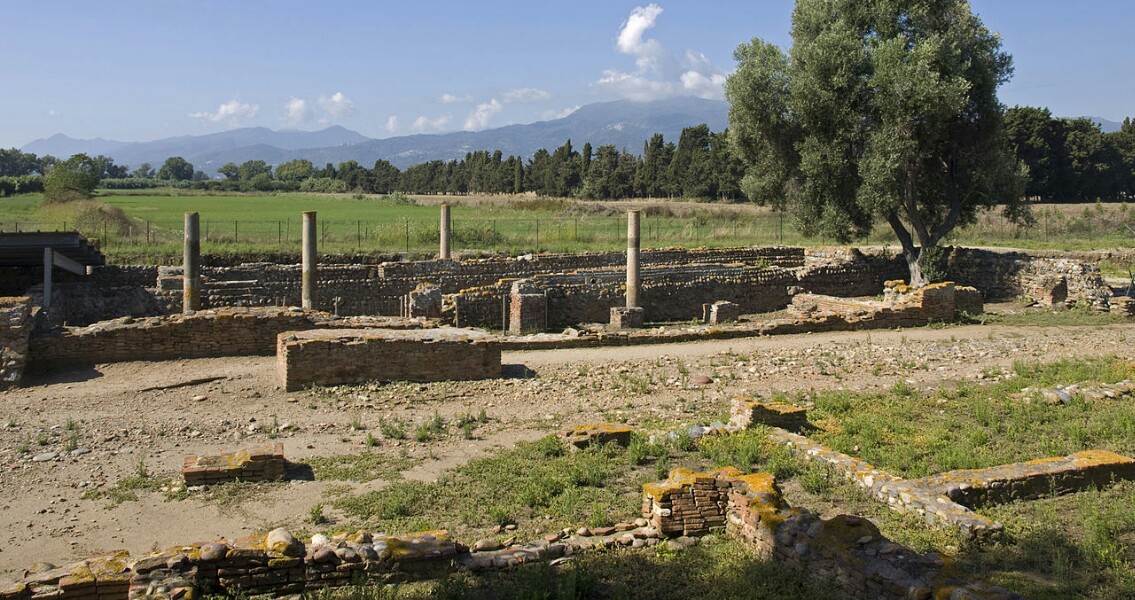 International Business Times, local road work had been planned for nearby the ancient ruins, which prompted local authorities to contact the French National Institute for Preventative Archaeological Research (INRAP) to clear the construction. INRAP conducted excavations to ensure the new road wouldn’t inadvertently demolish any significant archaeological remains, only to discover the statue during their investigations. Led by archaeologist Philippe Chapon, the INRAP team began work in Mariana in November of 2016. The small Roman town, thought to have reached its primacy in the third and fourth centuries CE, would have been most well-known for its moderately successful commercial harbor thanks to its location next to the Mediterranean. After several months of work on site, the INRAP team has revealed that they have excavated the remains of a religious sanctuary dedicated to Mithra. The entire find consists of a worship room and an antechamber devoted to the Indo-Iranian deity. Chapon characterized the find as “very rare and exciting”, adding that it’s the first time evidence of worshiping Mithra has been found on Corsica. Throughout the rest of France, there are only around a dozen similar sites, the archaeologist said, with the most recent one being found in 2010 near the city of Angers. Several relics were found in the ruined sanctuary, including a trio of oil lamps and a fragmented marble structure that would have depicted Mithra. Pieced back together, the marble depicts Mithra sacrificing a bull, a scene from the pre-Christian god’s mythology. One of the pieces showcases the spilled blood of the bull as both a snake and a dog lap at it. The same fragment adds insult to injury to the bull, as a scorpion is depicted pinching its testes as well. Other finds, such as pottery, bronze bells and a partial marble statue depicting a female head, were also found. While Mithra is likely to have pre-dated Christianity in its place of origin, when worship of the deity spread west it probably found itself battling for followers. There are indications that Roman soldiers and merchants returning to Rome from the east brought the religion with them, and that there was a fierce competition for new followers between Mithraism and Christianity. There’s no written record of the religion, but archaeologists have pieced together information from finding and analyzing things worshipers left behind. This includes relics and ritual representations depicted on walls of sanctuaries. The resultant knowledge paints a picture of a primitive monotheistic religion likely open exclusively to men, one that spread through the elite echelons of society before expanding outward and downward. Mithras worshipers came under fire directly in 392 CE as emperor Theodosius I forbade the religion, instead proclaiming Christianity the Empire’s official religion. This may be the source of some of the damage the artifacts at the Corsican site sustained, with the altar being broken sometime in the past. A large Christian structure being built in Mariana at around 400 CE, one of the earliest occurrences of Christianity on the island, may have been built in the wake of Mithra’s expulsion. ]]>