BREAKING NEWS
GMT+2 09:04
Home Breaking News Giant Penguin Might Have Been Around With the Dinosaurs 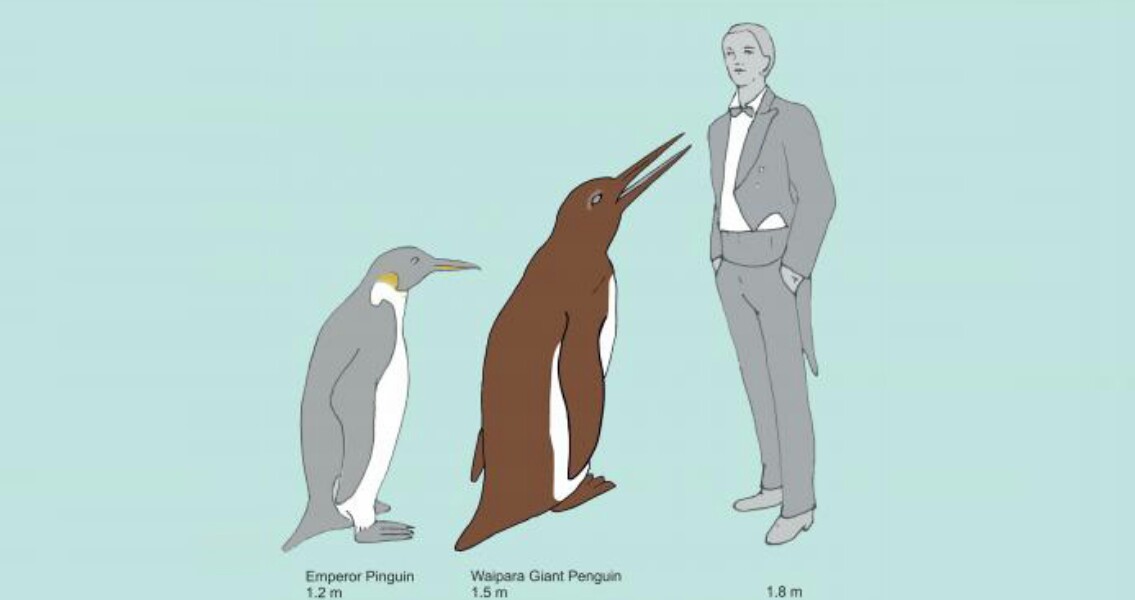 Giant Penguin Might Have Been Around With the Dinosaurs

history of the flightless seabirds. Situated in New Zealand’s Canterbury region, the fossil sites along the Waipara River have long been a vital resource to scientists for the abundance of avian fossils which became embedded in the sand just four million years after the dinosaurs went extinct. “Among the finds from these sites, the skeletons of Waimanu, the oldest known penguin to date, are of particular importance,” explained Dr. Gerald Mayr of the Senckenberg Research Institute in Frankfurt. Hugely significant is the fact the bones of the recently discovered giant penguin differ markedly from those of others from the same time period, suggesting there was much greater diversity among Paleocene penguins than previously assumed. In their study published in the Springer Journal Science of Nature, the team postulate that the newly discovered giant penguin fossil could point to the evolution of the birds having started much earlier than previously thought, perhaps even during the age of the dinosaurs. “What sets this fossil apart are the obvious differences compared to the previously known penguin remains from this period of geological history,” explained Mayr, an ornithologist from Frankfurt. “The leg bones we examined show that during its lifetime, the newly described penguin was significantly larger than its already described relatives. Moreover, it belongs to a species that is more closely related to penguins from later time periods.” Although impressive with its 1.5 metre length, the newly described giant penguin was still not as big as Anthropornis nordenskjoeld, the largest penguin fossil ever discovered, which lived on the Antarctic coast between 45 and 33 million years ago. Evidence has been found suggesting A.nordenskjoeld could reach heights of up to two metres from beak to toe. According to Mayr, it’s highly significant that the newly discovered penguin is much older than A.nordenskjoeld. “This shows that penguins reached an enormous size quite early in their evolutionary history, around 60 million years ago”. The team believe that the newly discovered species would have already adopted the unique, waddling gait which characterises modern penguins. This is something which would have distinguished it from other, more primitive species in the genus Waimanu – a genus of early penguin which lived during the Early Paleocene. “The discoveries show that penguin diversity in the early Paleocene was clearly higher than we previously assumed,” concluded Mayr, adding, “In turn, this diversity indicates that the first representatives of penguins already arose during the age of dinosaurs, more than 65 million years ago.” Image courtesy of Senckenberg Gesellschaft für Naturforschung (Senckenberg Nature Research Society) The newly published study is available from Sprnger Nature ]]>