BREAKING NEWS
GMT+2 11:32
Home Breaking News First Ever Study of a Garment from the Mediterranean Neolithic 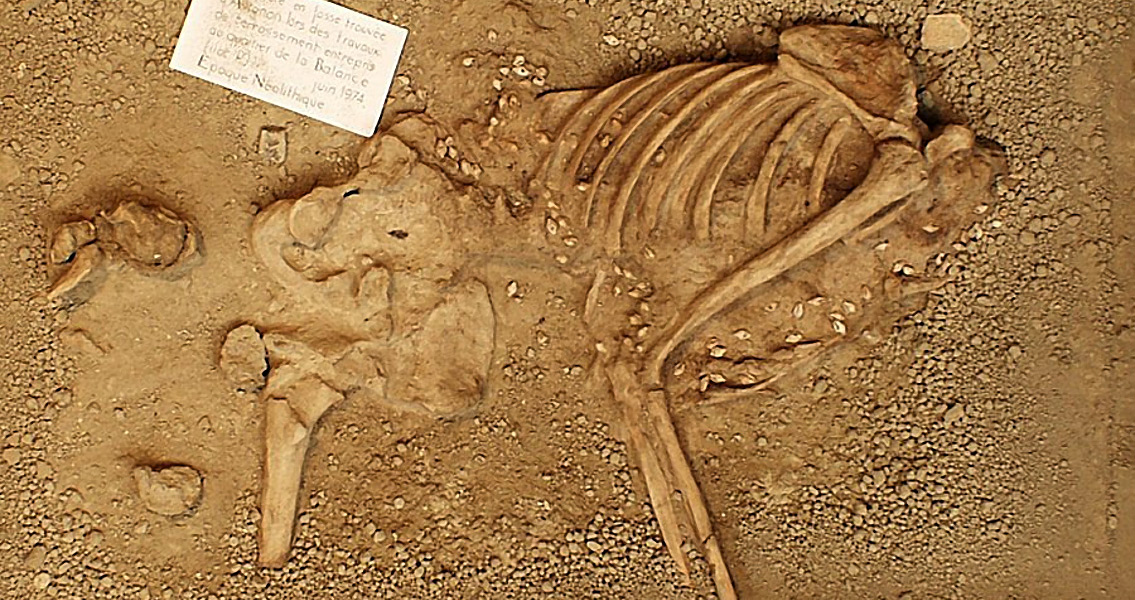 First Ever Study of a Garment from the Mediterranean Neolithic

IBTimes UK. “The presence of red deer canines is unique in the region, and the combination with columbella is unique too,” adding, “This burial is also important because there burial constructs containing grave goods are rare. But the materials worn by the dead here are obvious and ornaments are visible. The burial is exceptional.” The single, isolated grave was discovered and partly unearthed in the 1970s, with various artifacts from it exhibited and then stored at the Calvet Museum. The grave’s rediscovery in 2009 revealed that the deceased male had been buried in primary deposition with no preserved architectural features. Using calibrated AMS dates researchers were able to reliably date the garment to the early 5th millennium BCE, which reinforces existing evidence of long distance relationships between the Neolithic cultures in Europe. Avignon and the surrounding region have been inhabited since the Neolithic, evidenced by the discovery of a small anthropomorphic monument carved from Burdigalian sandstone in the shape of a tombstone. This stele is believed to represent the first Avignonnais and dates from the Copper Age to the Early Bronze Age, a period which is referred to as the southern Chalcolithic. The face of the stone is engraved with a stylized human figure that has no mouth, and eyes marked by small holes. At the bottom there’s a deep indentation that has eight radiating lines that form a representation of the sun, unique for this type of monument. Other findings from this time period include two polished axes made from greenstone, several Chalcolithic objects used for adornment and numerous shards of Hallstatt pottery. The study has been published in the Journal of Field Archaeology. Image courtesy of Aurélie Zemour ]]>