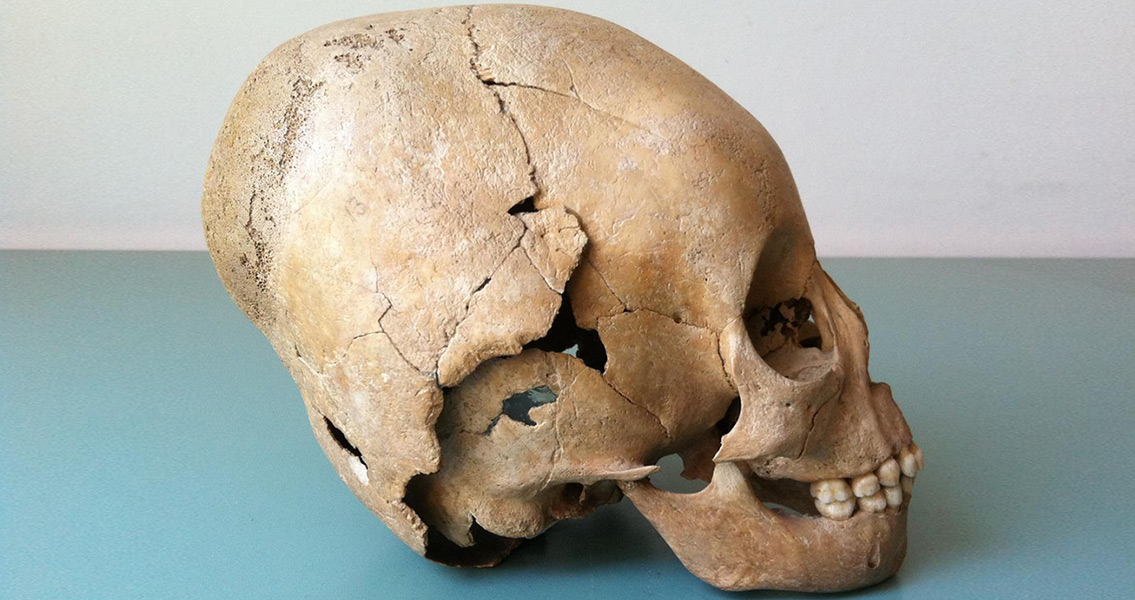 PLOS ONE, the new study from the University of Cambridge looks at fifth century gravesite remains in the Roman frontier of Pannonia (in what is now Hungary) to reveal how ordinary people might have dealt with the arrival of the Huns. One remarkable discovery points to the Huns recruiting from the Roman frontiers. Biochemical analyses of teeth and bones suggest some farmers gave up their homesteads on the edge of the Roman Empire to become roaming herdsmen like the Huns. This raises the possibility that some of these farmers may have taken up arms and fought for the Hun tribes. The cultural exchange between Huns and farmers was far from a one way process, however. Nitrogen and carbon isotopes in remains can allow researchers to distinguish between agricultural and pastoral diets. Based on this, the team found a significant dietary shift in some sets of remains, suggesting that some Huns gave up on their nomadic lifestyle and elected to settle into an agricultural one. According to lead researcher Dr Susanne Hakenbeck, the Huns may have introduced farmers to ways of life some found appealing, but they also learnt from and occasionally settled among the locals. “We know from contemporary accounts that this was a time when treaties between tribes and Romans were forged and fractured, loyalties sworn and broken. The lifestyle shifts we see in the skeletons may reflect that turmoil,” said Hakenbeck, in a press release. “However, while written accounts of the last century of the Roman Empire focus on convulsions of violence, our new data appear to show some degree of cooperation and coexistence of people living in the frontier zone. Far from being a clash of cultures, alternating between lifestyles may have been an insurance policy in unstable political times.” Hakenbeck’s team analysed the carbon, nitrogen, strontium and oxygen isotopes of bones and teeth from the fifth century graves in Hungary. Those were then compared with sites in Germany known to have been home to typical farmer communities, and sites in Siberia and Mongolia known to have been home to nomadic herders. Unlike the other sites, Pannonia showed signs of both nomadic and agricultural lifestyles, as well as individuals that switched between the lifestyles during their life times. “The exchange of subsistence strategies is evidence for a way of life we don’t see anywhere else in Europe at this time,” said Hakenbeck. The results paint a picture of the Hun incursions markedly different to those offered by Roman authors from the period. As Hakenbeck explained: “While Roman authors considered them incomprehensibly uncivilised and barely human, it seems many citizens at the edge of Rome’s empire were drawn to the Hun lifestyle, just as some nomads took to a more settled way of life” . Image courtesy of Susan Hakenbeck ]]>