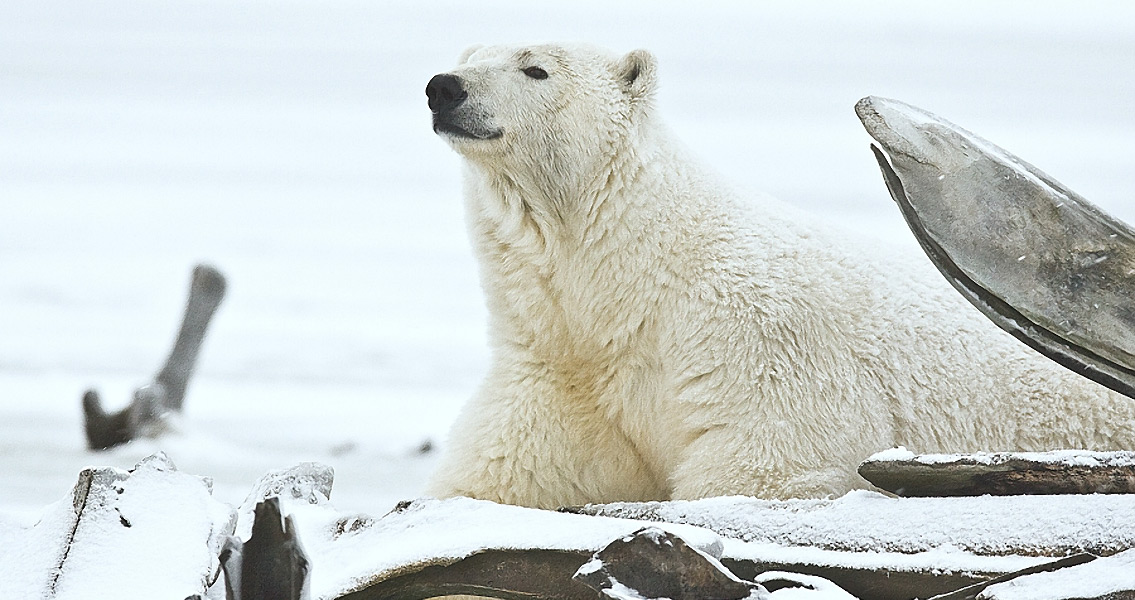 Western Digs article, adding, “The back of the skull is longer and comparatively narrow, for example, with features that are noticeably different from those of modern polar bears. The front part of the skull, from roughly the eyes forward, is like that of typical polar bears,” Jensen said. Research biologist Dr. Raphaela Stimmelmayr compared The Old One to over 300 polar bear skulls kept at the University of Alaska Museum of the North and discovered several others that had similar features, making it unlikely that The Old One was entirely unique. “It’s possible it’s a subspecies,” Jensen says in the article, “or perhaps it’s more like [with] domestic dogs, where a borzoi and pug are considered members of the same species, [and] not [a] subspecies, even though their skulls are far more different than this is from a standard polar bear skull.” Ethnographers have documented stories of oversized polar bears from a number of Inuit groups. For example, the Inuvialuit people of Canada’s Northwest Territories have tales about a giant “weasel bear”, and the indigenous peoples on St. Lawrence Island and other locations have shared accounts of what they refer to as a “king bear.” Ethnographic accounts from the Utqiagvik area, however, don’t include any mention of a giant bear, either because these bears weren’t present when the ethnographic accounts were collected or because researchers didn’t ask the right questions. The archeological site Walapka, an ancient settlement, was occupied off and on over a 4,000-year period. Jensen, along with her colleagues, intend to further research the skull, including the cross-sectioning of several teeth as well as DNA analysis. The team’s findings were reported in Anchorage, Alaska, during the Alaska Marine Science Symposium. Images of the skull can be found here]]>