BREAKING NEWS
GMT+2 09:48
Home Breaking News History News of the Week – A New Titanosaur, the Oldest Trigonometric Table, and the Fate of the H.L. Hunley 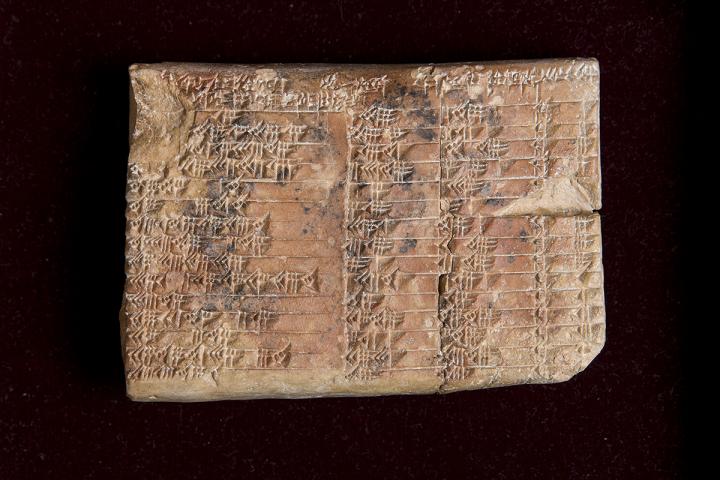 History News of the Week – A New Titanosaur, the Oldest Trigonometric Table, and the Fate of the H.L. Hunley

New Species of Titanosaur Discovered in Tanzania A new species of titanosaur has been discovered in Tanzania. A member of the gigantic, long-necked sauropod group, the creature’s fossil remains were discovered in Cretaceous period (70-100 million years ago) rocks in southwestern Tanzania. Although titanosaur remains have been found across the globe, they are most common in South America and rarely found in Africa. The new dinosaur has been named Shingopana songwensis, derived from the Swahili term ‘shingopana’, which means wide neck. The second part of the name comes from the Songwe region of the Great Rift Valley, where the remains were discovered. “There are anatomical features present only in Shingopana and in several South American titanosaurs, but not in other African titanosaurs,” said Eric Gorscak, a paleontologist at the Field Museum of Natural History in Chicago and the lead author of a paper in Journal of Vertebrate Paleontology detailing the find. “Shingopana had siblings in South America, whereas other African titanosaurs were only distant cousins.” Fascinatingly, Shingopana songwensis seems more closely related to sauropods found in South America than those that have been discovered in Africa. “This discovery suggests that the fauna of northern and southern Africa were very different in the Cretaceous Period,” said Judy Skog, a program director in the National Science Foundation’s Division of Earth Sciences, which supported the research. “At that time, southern Africa dinosaurs were more closely related to those in South America, and were more widespread than we knew.” Mysterious Babylonian Tablet Is the World’s Oldest Trigonometric Table Scientists have revealed that a 3,700-year-old Babylonian clay tablet is the world’s oldest trigonometric table. The researchers from UNSW Sydney believe the tablet could have been used by ancient mathematical scribes to calculate how to construct palaces, temples and canals. The findings unveil a previously unknown level of mathematical sophistication among the ancient Babylonians, showing they had begun to study the mathematics of triangles long before the ancient Greeks. Named Plimpton 322, the small tablet, which was discovered in what is now southern Iraq, has four columns and 15 rows of numbers written on it in the cuneiform script of the time using a base 60, or sexagesimal, system. Previously, scientists argued the tablet would have been a teaching aid for checking solutions to quadratic problems. “The huge mystery, until now, was its purpose – why the ancient scribes carried out the complex task of generating and sorting the numbers on the tablet,” said UNSW’s Dr. Daniel Mansfield, co-author of the study published in the journal Historia Mathematica. “Our research reveals that Plimpton 322 describes the shapes of right-angle triangles using a novel kind of trigonometry based on ratios, not angles and circles. It is a fascinating mathematical work that demonstrates undoubted genius.” The Greek astronomer Hipparchus, who lived circa 120 years BCE, is typically regarded as the father of trigonometry, with his “table of chords” on a circle considered the oldest trigonometric table. “Plimpton 322 predates Hipparchus by more than 1000 years,” said Dr Wildberger, the study’s other coauthor. “It opens up new possibilities not just for modern mathematics research, but also for mathematics education. With Plimpton 322 we see a simpler, more accurate trigonometry that has clear advantages over our own.” “A treasure-trove of Babylonian tablets exists, but only a fraction of them have been studied yet. The mathematical world is only waking up to the fact that this ancient but very sophisticated mathematical culture has much to teach us.” Confederate Submarine Crew Were Killed by Shockwave from Their Own Torpedo On 17th February, 1864, the Confederate H.L Hunley became the first combat submarine to sink an enemy vessel when it torpedoed a 1,200-ton Union warship, the USS Housatonic, outside Charleston Harbor, South Carolina. The torpedo blast, below the waterline of the Housatonic, was enough to sink the ship in under five minutes. Five seamen were killed in the attack, the rest were saved, rescued thanks to the fact the stricken ship came to rest upright in the water. For years, the fate of the Hunley crew remained a mystery. The 40-foot vessel was found in 1995, about 300 metres away from Housatonic’s resting place, and raised in 2000. Scientists from Duke University now think that firing the explosive torpedo instantly killed the submarine’s own eight-man crew. When the vessel was first unearthed, scientists were shocked to find the skeletons of the crew still at their stations. They had suffered no broken bones, the ships bilge pumps hadn’t been used and the air hatches remained closed. Except for some slight damage, the submarine was largely intact. Thorough research from Duke University, which has included modelling blasts next to a scale model of the Hunley, shooting Civil War weapons at iron plates and studies on the transmission of blast energy, has led Rachel Lance, a Duke Engineering graduate, to conclude that a powerful shockwave from the torpedo killed the submarine’s crew instantly. “This is the characteristic trauma of blast victims, they call it ‘blast lung,'” said Lance, who worked as a biomechanist at the U.S. Navy’s base in Panama City, Florida for three years before entering graduate school at Duke. “You have an instant fatality that leaves no marks on the skeletal remains. Unfortunately, the soft tissues that would show us what happened have decomposed in the past hundred years.” Lance observes that the physical evidence backs up her conclusion, showing no sign the crew took actions in response to either a flood or loss of air. “If anyone had survived, they may have tried to release the keel ballast weights, set the bilge pumps to pump water, or tried to get out the hatches, but none of these actions were taken,” she writes in her paper, which is part of her dissertation research and has been published in the journal PLOS ONE. Featured Image: The 3,700-year-old Babylonian tablet Plimpton 322 at the Rare Book and Manuscript Library at Columbia University in New York. Credit: UNSW/Andrew Kelly]]>