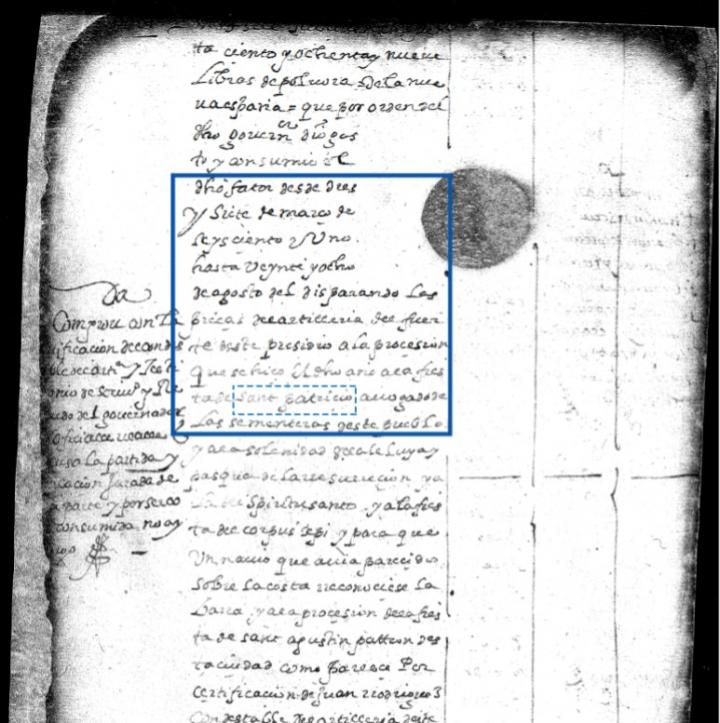 A St. Patrick's Day Shock – The History News of the Week

St. Patrick’s Day Celebrations had an Unlikely Origin Every 17th March cities around the globe are draped in green to celebrate St. Patrick’s Day. New research is claiming that some of the most recognisable parts of the festivities might have originated in an unexpected place. The feast of St. Patrick has been celebrated in Ireland since the ninth century. However, many of the traditions now associated with the celebration are thought to have had their beginnings with Irish immigrants to the US in the eighteenth century. Traditionally, it is thought that St. Patrick’s Day festivities such as parades and fireworks originated in north eastern US cities such as Boston and New York. However, the recently discovered evidence suggests that many of these celebrations were taking place a century before, in Florida. The basis of the new claim is gunpowder expenditures lists from St. Augustine, Florida, dated to 1600-1601. According to historians from the University of South Florida, one such list has an entry stating that in March 1600, St. Augustine’s residents gathered and processed through the streets in honour of St. Patrick, with cannon firing from a nearby wooden fort in tribute of the saint. “It was certainly a surprise,” said historian J. Michael Francis, PhD, University of South Florida-St. Petersburg, who uncovered the document. “It did not register the first time I saw the name “San Patricio,” the Spanish name for St. Patrick. After a few seconds it actually hit me that there was a St. Patrick’s Day parade/procession in St. Augustine in 1601.” The shocks didn’t end with the revelation that the residents of St. Augustine were celebrating St. Patrick’s Day with cannon and processions as early as 1600. “Even more surprising was that the document identified St. Patrick as the patron saint of the city’s maize fields,” Dr. Francis continued, in a statement from the University of South Florida. The surprising discovery was made while Dr. Francis was studying documents connected to St. Augustine’s imperial Spanish history. Neanderthals Were Compassionate Neanderthals were capable of ‘compassionate and knowledgeable health care’, according to new research from the University of York. The findings form part of a growing challenge to the image of Neanderthals as nasty, brutish and uncaring. The authors of the new study claim that in fact Neanderthals were able to deliver highly effective responses to injury and illness. [caption id="attachment_8563" align="alignnone" width="1024"]

Gibraltar 1 Neanderthal skull[/caption] Image credit: Jononmac46 (File:Gibraltar_Skull_(1).JPG) [CC BY-SA 3.0 (https://creativecommons.org/licenses/by-sa/3.0)], via Wikimedia Commons It has been shown before that Neanderthals provided care for their injured, but it was assumed that this was largely done out of self-interest. “Our findings suggest Neanderthals didn’t think in terms of whether others might repay their efforts, they just responded to their feelings about seeing their loved ones suffering,” said study lead author Dr. Penny Spikins, a senior lecturer from the University of York. Archaeologists have previously discovered remains of Neanderthals who’d clearly suffered serious injuries long before their deaths. The study claims that these injuries would have required monitoring, massage, fever management and hygiene care. The remains of one male Neanderthal analysed in the study had a catalogue of poor health, including a degenerative disease of the spine and shoulders. This disease would have left him weak and vulnerable in the final year of his life, the authors state. Nevertheless, his articulated remains were carefully buried, suggesting he’d remained part of the group despite being a potential burden, right up until his death. “We argue that the social significance of the broader pattern of healthcare has been overlooked and interpretations of a limited or calculated response to healthcare have been influenced by preconceptions of Neanderthals as being ‘different’ and even brutish,” Dr. Spikins explained. “However, a detailed consideration of the evidence in its social and cultural context reveals a different picture. The very similarity of Neanderthal healthcare to that of later periods has important implications. We argue that organised, knowledgeable and caring healthcare is not unique to our species but rather has a long evolutionary history.” The study has been published in the journal World Archaeology. Remains of Iron Age Feast Discovered Evidence of a huge Iron Age feast have been discovered on the Orkney Islands, off the coast of Scotland, according to The Scotsman. Archaeologists from the University of the Highlands and Islands (UHI) believe more than 10,000 animals were cooked and eaten in a massive cliff top gathering above Windwick Bay, South Ronaldsay, around 1,700 years ago. The Scotsman reports that a range of jewellery fragments and tools have been found at the site, which has been dated by radiocarbon tests on a nearby midden. “These numbers tell you about the scale of the feast and the largesse of being able to have that amount of food in circulation for what appears to be a short-lived event,” Martin Carruthers, an Iron Age expert from UHI told The Scotsman. “The feast is doing two things. It’s probably celebrating the successful conclusion of the making of a big batch of jewellery.” “The second point is the feast is pretty enormous and it is it probably the arena where pins and brooches are being handed out to individuals within the community.” Feature image: Gun expenditures log explains the procession through the streets of St. Augustine, Florida and St. Patrick as the ‘protector of the fields.’ Credit: AGI Contaduria 950 ]]>