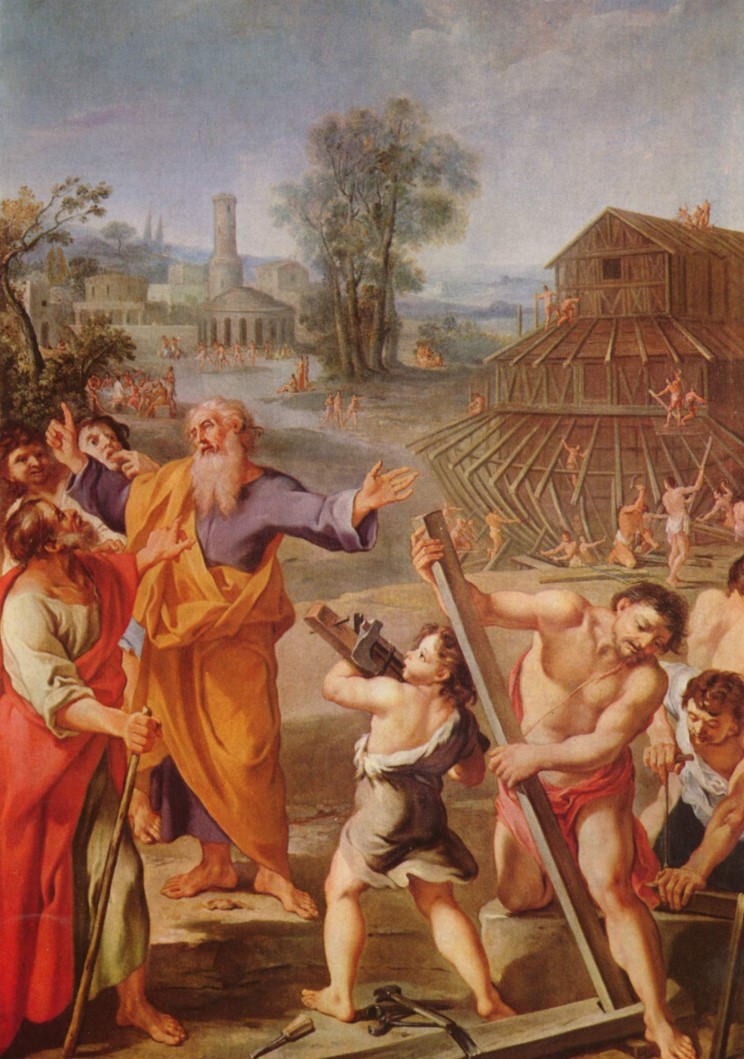 The Middle East department at the museum has a huge collection of clay tablets with cuneiform inscriptions. Dr Finkel’s department researches and decodes the inscriptions, linking the tablets together where possible to provide a linear story. This is where the true revelation about Noah’s Ark came from. Cuneiform is an ancient system of writing used in the Middle East. The word, Cuneiform, means wedge-shaped and indeed the script comprises wedge-shaped marks on clay tablets. A clay tablet of some 4,000 years old in the British Museum has revealed that the famed vessel was, in fact, round and not as has been thought and portrayed, rectangular. Not only has the tablet revealed this piece of information but it has also detailed the materials used to build the ark and the precise measurements. The discovery was a chance find made by deciphering the Cuneiform and linking it to other tablets to compile the ancient Babylonian story, the Story of the Flood. The ark was constructed out of wooden ribs and palm fibre rope with hot bitumen used after construction to render the vessel waterproof. The instructions were given by a Mesopotamian god and the dimensions are translated to be 3,600 square metres, with walls to a height of six metres. This equates to an area around two thirds the size of a modern football field. The sixty lines on the tablet also include the order that the animals must enter, ‘two by two’. The odds surrounding this discovery were revealed to be even greater when the story of how the tablet came into the possession of the Museum was recounted by Dr. Finkel. A man called Douglas Simmonds came into the museum with a clay tablet which he wanted identified, a normal day at the office for Dr. Finkel. The tablet was a family piece given to the owner by his father as a reward for passing his exams. The tablet had been acquired by Mr Simmonds’ father, Leonard, along with a few other less interesting bits and pieces in the late 1940s after serving with the RAF in the Middle East. This unique tablet recounts the story of the ark and is far older than the known biblical accounts. Finkel has described the discovery of the tablet as one of the most important human records ever found but in a shocking paradox, is absolute in his belief that the ark never actually existed. The tablet remains on display at the British Museum where it has been since 2014 on loan from Mr Simmonds.]]>