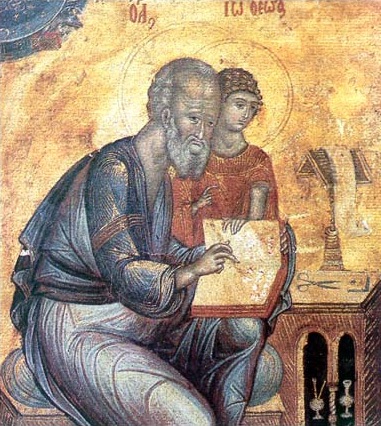 Better Understand Your Bible with the Gospel Parallels

Gospel Parallels. Learn all about the Gospel Parallels and how this great resource can increase your knowledge of, understanding for, and connection to the word of the Bible: What are the Gospel Parallels? In general, a gospel parallel is a text that provides multiple pieces of information in tandem. Oftentimes, this means presenting the multiple versions of the gospel (Matthew, Mark, Luke, and John) beside each other so that each can be read for a more holistic and sometimes comparative understanding. At other times, a gospel parallel will present biblical analysis and enlightening information to accompany the actual word of the biblical gospels. The texts tend to be formatted so that the gospel and accompanying information are presented on a single page, with various columns and footnotes. In 1949 Burton H. Throckmorton Jr. produced the definitive version of a gospel parallel in his definitive text Gospel Parallels: A Comparison of the Synoptic Gospels. Based on the Revised Standard Version of the bible, Throckmorton utilized many resources, including ancient texts, to produce his comprehensive examination of the Synoptic Gospels (those written by Matthew, Mark, and Luke). Why own the Gospel Parallels? At one point in human history, it was believed that only an elite few could read, comprehend, and convey the word of God to others. This made biblical study and inquiry inaccessible to the common person. It also led to an indirect connection between the average person and their spiritual practices. Many people started to recognize that the Bible should be not only for the elite. Instead, they felt “the good word” should be printed and disseminated wide and far, so that everyone could personally access it. This process was, of course, made easier by the printing press. Now, everyone can indeed easily access a Bible. The text is even handed out for free whenever possible to enlighten interested minds. If you believe that it is important for anyone to be able to access the word of the Bible, then know that it is equally important for anyone to be able to compare, contrast, and generally analyze that word. There is no sin in inquiry, or even doubting and searching for answers. The true problem would be in being unable to carry out that inquiry, especially if doing so would ultimately bring you greater knowledge. For this reason, it is recommended to get texts that will allow you to engage in that inquiry. When you have them on hand, you can easily analyze and answer your own questions at any time they enter your mind. When investing in a gospel parallel, be sure to consider the definitive text from Throckmorton. How did Throckmorton’s text become definitive? First, you may wonder who exactly Burton H. Throckmorton Jr. was and why his gospel parallels should be relied upon above other options. Throckmorton was born in 1921 in Elizabeth, New Jersey (United States). His strong interest in religious studies led him to pursue an education in that arena. That gave him the knowledge necessary to write this text (along with several others that were equally popular). He also acted as a minister and taught on these subjects at Bangor Theological Seminary in Maine (U.S.). Throckmorton’s text, Gospel Parallels: A Comparison of the Synoptic Gospels became definitive, in part, because it was put together with a true dedication to thoroughness and a high attention to detail. For Throckmorton, good enough was not good enough. It was important to him to delve deep into all the available resources and pull that information together, to fully analyze the three Synoptic Gospels Also, the Gospel Parallels: A Comparison of the Synoptic Gospels was published in 1949, and while it was well-researched and well-organized to present comprehensive information, it was also put together at a certain point in time that allows the reader a sort of glimpse into the theological past. Throckmorton compiled his work at a time prior to the re-organization of the Catholic church (which occurred largely in the 1960s). Thus, when using this text, you can obtain not only a deeper understanding of the Bible and the Synoptic Gospels, but also a deeper understanding of the spiritual context at that time. Final Recommendations Throckmorton’s Gospel Parallels: A Comparison of the Synoptic Gospels is strongly recommended for theologians and biblical scholars. It may also hold particular interest for those who study literature. However, this text is not only for academics making serious inquiries, it is accessible and strongly recommended reading for any person who simply wants to increase their understanding of the Bible. You can buy a print copy of Gospel Parallels from Amazon with the link below, or find an ebook version here on the Forgotten Books website.