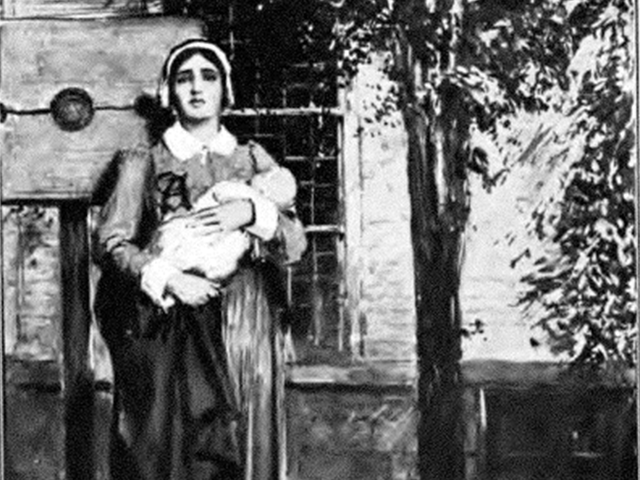 The Scarlet Letter; A Criticism of Puritan Beliefs

th century, Nathaniel Hawthorne presents the society as strict with Christian-like rules and principles to abide by. This was a close representation of the actual society. The town of New England consisted mostly of migrants who came into the US from England. Their numbers were so large they ended up forming what is known today as the Massachusetts Bay Colony. The puritans had varying degrees of beliefs where society, religion and the family structure is concerned. They believed men were head of the household and made all important decisions, while women were just there to take care of housework. This great family structure kept everyone in line with God, and adultery or any kind of sexual sin was shunned severely. There are many reasons why Hawthorne’s novel can be seen as criticism of puritan beliefs. Maybe he believed that women contributed more to society than their role as good housewives and child bearers, or maybe he was trying to point out the injustice of punishing women who commit adultery. Hawthorne uses the symbol of the scarlet letter in his three main characters to criticize the puritan world and to question whether their beliefs and punishments are justified.

The novel begins with Esther emerging from prison holding Pearl, her illegitimate baby whom she had borne out of an act of adultery. She had a smile on her face and the Letter “A” was delicately embroidered on her bosom. She had embroidered it beautifully and had made it into a “gorgeous luxuriance of fancy that it had all the effect of a last and fitting decoration”. What should be a symbol of shame for her is portrayed as a symbol of resilience. Esther does not hold her head in shame or seem remorseful, leading many of her critics to believe that she did not see the need to be sorry for her actions. She turns a potentially degrading symbol into something that helps her to earn her keep even during a time when women had little or no power and were seen as the inferior sex. In the 17th century some women who were found guilty of this kind of crime were punished by flogging, and in extreme cases were put to death. Men on the other hand were normally handed down a less severe punishment, as the blame was given only to women. Had Reverend Dimmesdale been revealed as Pearl’s father, his level of punishment might have been lesser than Esther’s. In fact, Dimmesdale being exposed as Pearl’s father might not have made a difference in his own life at all. Dimmesdale hides behind his deeds and suffers in silence. He turns out to be the opposite of what puritan men should be like; headstrong. Puritans believed that men should lead yet Hawthorne had Esther leading Dimmesdale by providing a shoulder for him and by having her formulating all their plans. The author uses the reverend to represent a flaw within Puritan authority figure. He submits to sins with Esther when he should be helping her stay on the right path. Many believe Hawthorne mocks the church by presenting the male religious figure, as weak and desolate. That Dimmesdale’s and Esther’s daughter Pearl is the manifestation of the actual act of adultery was also seen as an important contribution to The Scarlet Letter’s representation. For puritans, children were born into the sins of their parents and Pearl, born out of an act of sin was the perfect example. Women were educated from very young and prepared to take over the domestic duties. They were expected to be, like their mothers, good wives and mothers and to uphold the puritan belief systems. Esther however, did not instill these rules into Pearl. The church believes that it is their duty to interfere and does, only to no avail; Esther has no intention of allowing the church to take her child away. This again demonstrates the authority that Hawthorne gives to Esther. The fact that Hawthorne made Esther into a heroine gives the impression that he wanted to point out that females can be authority figures and that some of rules the puritans meted out were as harsh as they were silly. No amount of punishment, ridicule and disgrace could make Esther crumble under the watchful eyes of the Puritans making Esther one of the most popular heroines of classic literature. [caption id="attachment_8458" align="alignleft" width="307"]