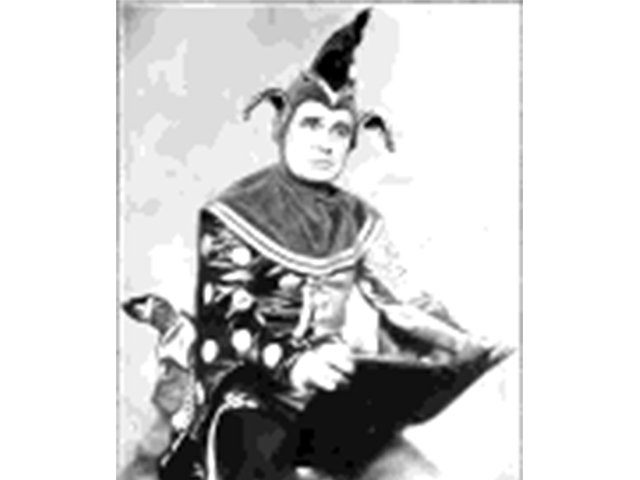 A Youthful Love Sir Henry Lytton’s path to the footlights started with a crush he developed on a young actress. In 1884 seventeen year old Henry Lytton was a student at St. Mark’s College in Chelsea, London. On a visit to the theatre his eye was caught by an attractive young actress called Louie Henri. He courted Ms. Henri and the feelings proved mutual. He took a holiday from school and got married. When he returned to resume his schooling the headmaster wanted to administer the customary punishment for a truant in those days – a sound caning. Lytton thought that he could escape the pain and told the headmaster that if he brought done the can he would be “thrashing a married man.” The headmaster thought for a second and then decided to beat him even harder than he originally planned because of his insolence. Although Lytton might have regretted playing truant he certainly did not regret his choice of partner. Louie became his faithful companion until his death over half a century afterwards. My Wife’s Brother While Louie Lytton did not fear the kind of punishment her husband received for marrying while still at school, she did fear for her job. She had just begun touring with the D’Oyly Carte Opera Company. In those times an actress getting married so young was not the accepted practice. She did want to be parted from her new husband but at the same time she felt the need to hide her married status from other members of the company. She came up with an ingenious solution. She introduced her husband to the company as her brother and asked if he could be given an audition for the chorus. Lytton did well in this trial and was offered two pounds a week to sing in the chorus. Thus he began his acting career using the name of H. A. Henri and posing as his wife’s brother. In the Right Place at the Right Time Lytton’s first tour was with the opera Princess Ida. He was given the job of understudy to the actor playing King Gama but he was not called upon to perform. Lytton’s first opportunity to take on a leading role came in 1887. The famous George Grossmith was playing Robin Oakapple in a production of Ruddigore at London’s Savoy Theatre. His understudy was an actor named Eric Lewis. Lewis was eager to show his skills in a leading Gilbert and Sullivan operatic role but Grossmith never failed to miss a performance. Lewis was continually waiting in the wings but never called to perform. Finally he lost his patience and decided to seek his dramatic fortunes elsewhere. Just after he left Grossmith took ill and Henry Lytton was asked to take his role. From this point onwards there was no turning back in his career. Although Lytton left the D’Oyly Carte Company for a period to try his hands at theatre management, he soon returned. He played a large number of different roles in the Savoy operas. Interestingly enough for a person who could not read music he had a fine ear for rhythm and excellent sense of timing. He was not shy to give his own interpretation to roles. For example, Grossmith had adopted a comic interpretation of role of the jester Jack Point in the Yeoman of the Guards (1888). Lytton thought it better to play Jack Point as a tragic figure and this was much closer to Gilbert’s intention when he wrote the script. Honour and Sadness In 1930 Henry Lytton’s services to theatre were recognized when King George V bestowed a knighthood on him. The following years brought a tragedy. Sir Henry was driving from Manchester to Cambridge when his car skidded and crashed. Although he was not seriously injured, his passenger, Bertha Lewis, died shortly afterwards from her injuries. Ms. Lewis was one of the leading actresses and singer of the D’Oyly Carte Company and her death was a serious blow. Sir Henry recovered from his injuries to celebrate fifty years in theatre in 1934. A special fund was set up by his admirers and he was presented with a testimonial album. The album was signed by the then Prime Minister, Ramsay MacDonald. Previous Prime Ministers Stanley Baldwin and David Lloyd George also signed. Sir Henry Lytton died in 1936.]]>