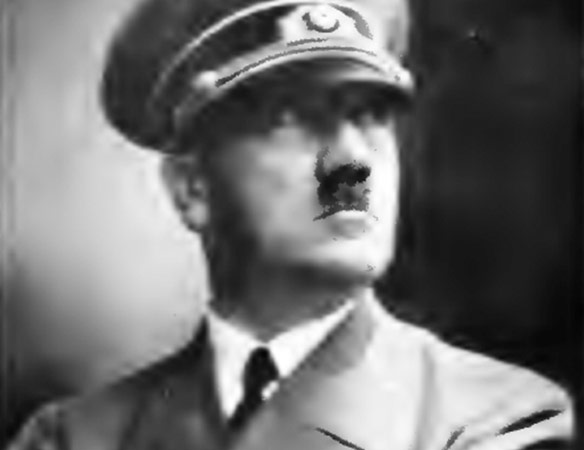 New Documentary Estimates Hitler's Net Worth in the Billions

Hitler was not only a war-machine, but also a money-making machine as well. He had numerous financial schemes that made him money, including copyrighting his image, which earned him royalties for every stamp that was sold with his face on it. Most of these money-making schemes were running in the country unbeknownst to Germany’s tax authorities. Copies of Mein Kampf, which were given to newlyweds on their wedding day, are thought to have earned him the equivalent of at least $1 million a year in royalties. The makers of the documentary surmise that Hitler owed the German tax authority over $3 million in tax in today’s money. Shortly after his death his will was found by a German Jew, Herman Rothman, working in British Intelligence, and questions were raised about his fortune. Mr. Rothman, now in his 90s, told the makers of the documentary that the Counter Intelligence Unit that he was working with spotted a man dressed in civilian clothing whom they believed was a Nazi. They captured him and took his jacket, which contained a seven-page document detailing Hitler’s last will. In this will, Hitler blamed the Jews for starting the conflict, and from the second page onwards, it is seen how much of a shrewd investor he was. Earning money from different appearances, speeches, and royalty claims, he built himself a personal $6 billion empire. It is even said that his family members living today could claim a portion of those missing billions from his image rights alone, although it is yet to be seen if anyone will come forward. “The Hunt For Hitler’s Missing Millions” aired on Britain’s Channel 5.]]>