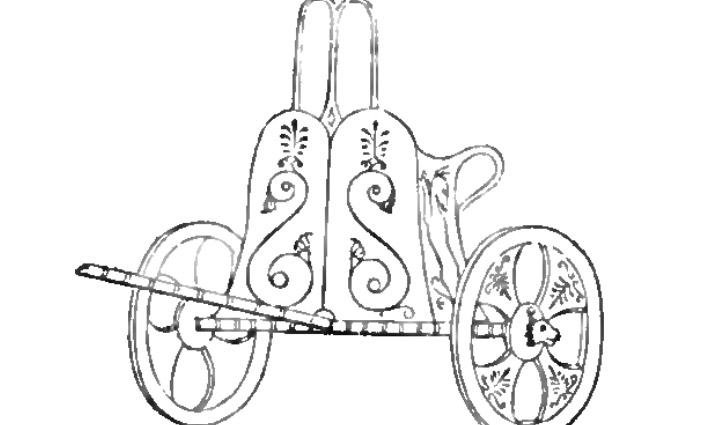 Chariots and Gold Found in a Bronze Age Burial Site

nd half of the 3rd millennium B.C. have also been uncovered in the region of South Caucasus. This leads to theories that interactions between the nomadic tribes from the Eurasian steppes and the farming communities located in and around South Caucasus were present. It is these interactions that seem to have allowed certain individuals like this Bronze Age chief to gain enough influence to receive elaborate burials. The armchair that was discovered at the site also showcases the kind of power individuals like the chief had. Scientists believe that armchairs were used to demonstrate power in the Early Bronze Age and that it was put in the kurgan as a sign of the chief’s power. The kurgan was first uncovered in the year 2012 close to the Lagodekhi municipality, eastern Georgia. ]]>