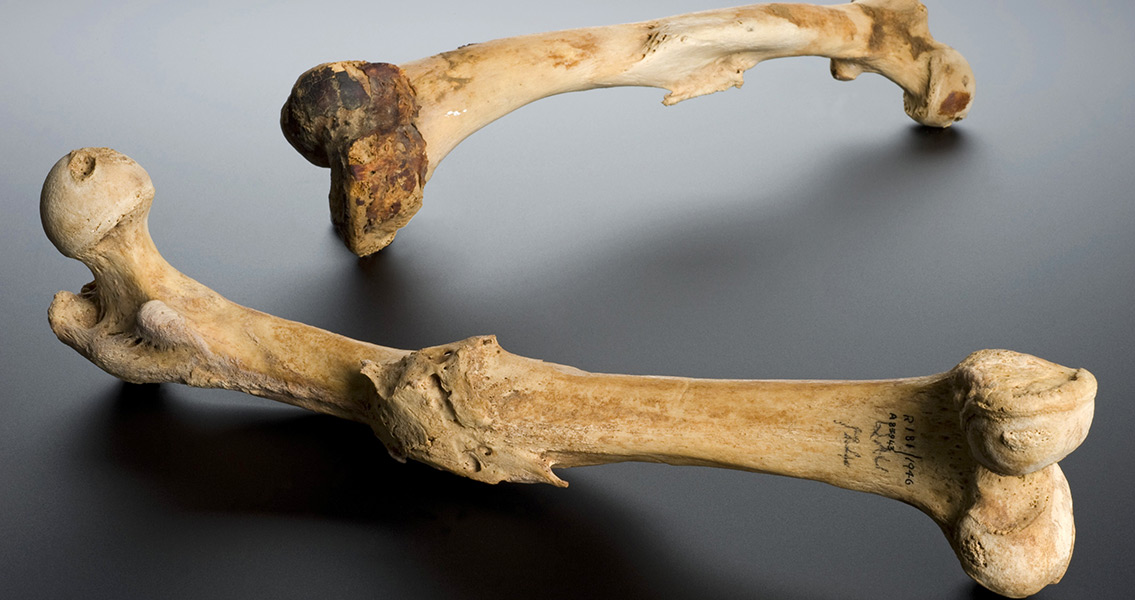 Antiquity. When the team began excavating the religious complex of Khonkho Wankane a decade ago, little was expected of the site. It was located a fair distance from the sunken temples of Khonkho, the original focal point of excavations. What Smith and Pérez uncovered, however, was truly remarkable. They found a circular building containing a floor strewn with a variety of exciting artefacts. Of particular interest were small blocks of a white, chalky substance. Tests revealed these blocks were quicklime, made by heating limestone. Quicklime, when mixed with water, has a particular use in that it can remove tissue and fat from bones. When exposed to air, quicklime-water mixtures turn into a white plaster. Within the mortuary, a number of body parts coated with this quicklime-water plaster were found. Nearly 1,000 teeth and small bones, mostly from feet and hands, were found along with pieces of skull. Outside the mortuary, carvings on a pillar were found which depicted a human with an exposed ribcage. The bones, when taken together with the quicklime found at the site, suggest that bodies were dismembered, stripped of flesh and cleaned in lime water. Bones were then taken away from the site, Smith and Pérez suggest. Dead family members were a prominent part of life in nearby communities. “Human remains were central to the creation of community,” Smith and Pérez state in their study. “The dead helped to anchor social identity in a collective understanding of the past and embedded lineage in the landscape.” People who stopped at Khonkho were probably no different, but they had mobile lifestyles and were unable to live near burial sites. The evidence from Khonkho Wankane suggests that these people took their dead on the road with them. “Khonkho Wankane,” Smith and Pérez wrote, “was a ritual centre to which the dead were brought for processing and then removed for final burial elsewhere.” For more information: www.journals.cambridge.org Image courtesy of Wikimedia commons user: Fæ ]]>