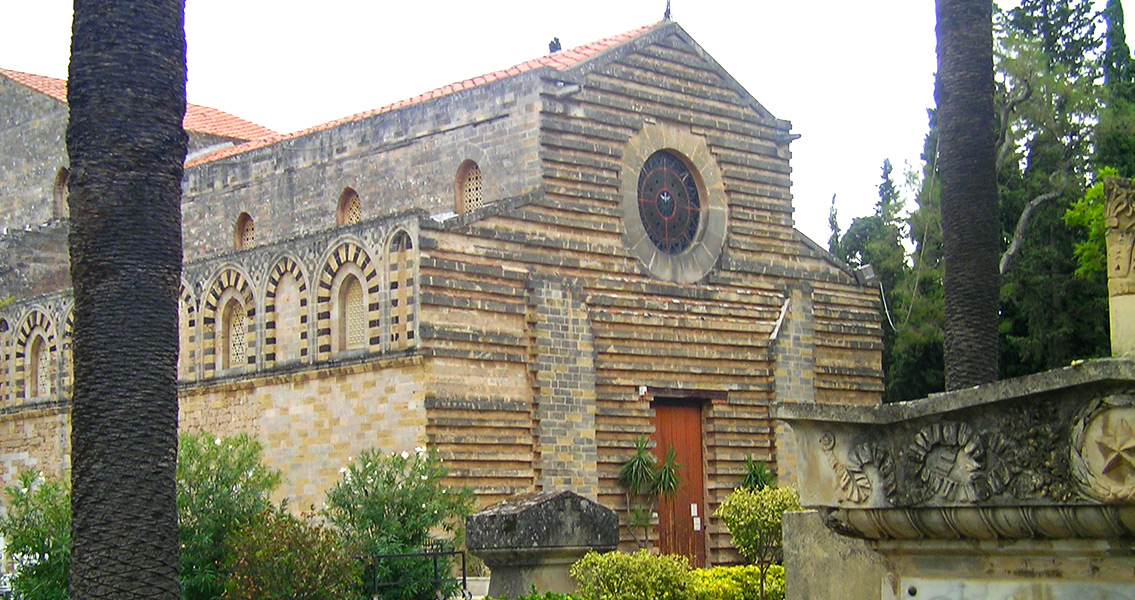 Sicilian Vespers came to an end. The night of rioting and massacre which had started on Easter Monday proved crucial in the history of Sicily and also had a significant impact on the broader history of the Mediterranean in this period. The revolt, which gets it name from the Hour of Vespers ceremony where it supposedly began, started on the 30th March and is believed to have been triggered by an Angevin soldier stopping a Palermitan woman outside the church of Santo Spirito di Palermo, to search her for weapons. Although details of the event of course vary depending on the source, it seems the soldier somehow offended the woman, triggering a riot against the Angevin-French among the local community. Reflecting the deeply ingrained tensions in Sicily’s multicultural society, the rioting spread through Palermo and then the whole of the island. The local Sicilian population attacked and killed Angevin people wherever they could be found, going as far as murdering monks and nuns. The rioters supposedly used a simple test to determine the Sicilian population from Angevin. Anyone believed to have originated from Anjou was asked to say the word “ciciri”, something native French speakers could not do in a convincingly Sicilian accent. In the annals of Medieval history, the revolt was a unique event. A spontaneous, popular uprising which affected political change. Following the night of the 30th to the 31st March the Angevin-French fled Sicily, and the people of the island eventually secured the support of the King of Aragon who sent troops there in August 1282. Although the revolt seemed to have occurred without any pre-planning, it is important to acknowledge that the uprising against the Angevin-French rulers was not completely without premeditation. Since 1266 Charles of Anjou, with the support of the papacy, had ruled Sicily from Naples. Deeply unpopular in Sicily, Charles’ strict rule incurred the wrath of normal Sicilians, but his unpopularity in a broader context was just as significant. A group of Italian nobles, known as the Ghibellines, supported the authority of the Holy Roman Emperor rather than that of Charles and the papacy. Peter III of Aragon, a rival of Charles for the Neapolitan throne and one of the main beneficiaries of the uprising, also had a clear interest in altering the status quo on Sicily. The Night of the Sicilian Vespers may have been a demonstration of popular dissatisfaction at Charles’ tyranny, but there were a diverse range of groups with an interest in ending the Angevin presence on Sicily. The revolt was followed by series of sea skirmishes and land battles between Angevin and Aragonese forces, sometimes referred to as the War of the Vespers. The fighting finally came to a close in 1302, with the Peace of Caltabellotta. The treaty saw Charles II, the son of Charles of Anjou, concede Sicily to King Frederick, a relative of Peter of Aragon. Sicily was now firmly under the sphere of Spanish influence, a situation which would persist for another five centuries. Historians have since argued that the Sicilian Vespers, and the subsequent war, proved crucial in the failure of the crusades in the Eastern Mediterranean. Charles of Anjou and the Vatican had been planning to send troops to take Constantinople when the uprising started. The need to divert resources to Sicily put this campaign on hold. Although one of many factors which ultimately led to the failure of the crusades, it is not a coincidence that the fall of Acre in 1291, a pivotal defeat for Christians in the Middle East, took place during the War of the Vespers. Indeed, the significance of events in Sicily in the broader context of Mediterranean history in this period can be seen in the theory that the Aragonese and Sicilian forces received financial support from Byzantine. Although the scope and nature of this support cannot be confirmed, it hints at the complex political workings of the period. The Sicilian Vespers revolt was an expression of popular dissatisfaction at the harsh rule of Charles of Anjou over Sicily. This moment of rebellion by Sicilians however, can only be truly understood in the broader context of Medieval history. Image courtesy of Wikimedia Commons user: Enzian44]]>