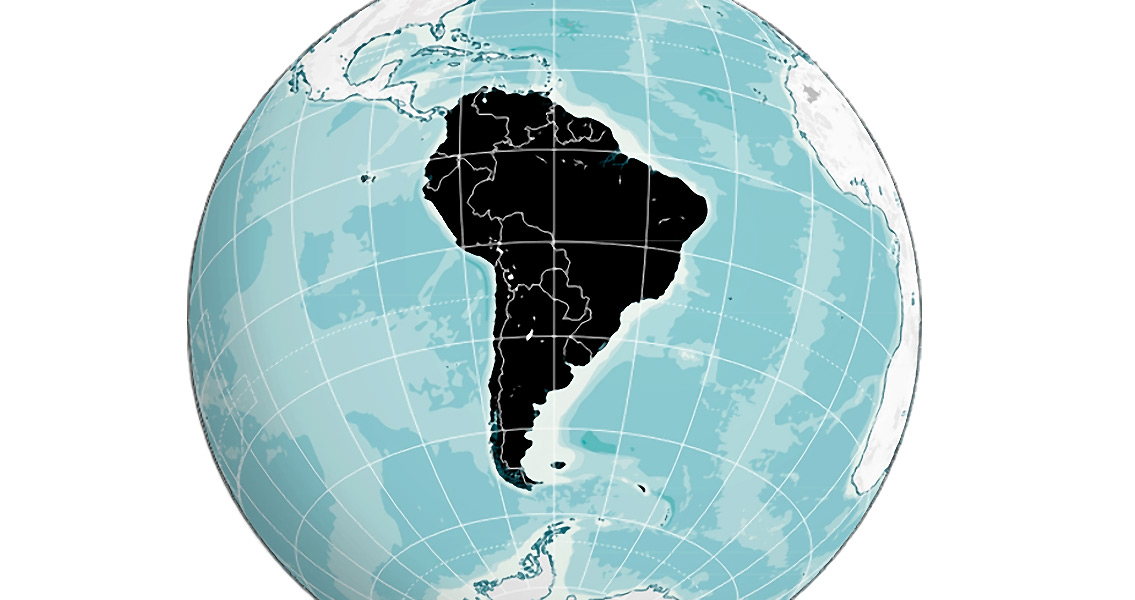 The USA and Latin America: A History of Meddling?

Argentina that the US is continuing to meddle in their countries’ affairs. On the one hand, the US President is claiming that the USA’s interference in Latin American is over, while on the other the leaders of two countries in the region have both accused the US of meddling in their affairs within the last month. This continued controversy reveals the at times bitter history of the relationship between the United States and Latin America. European Conquest of the Americas The background of any analysis of the history of US intervention in Latin America has to be the conquest of the Americas by the European Powers in the fifteenth and sixteenth centuries. Eduardo Galeano argued in his book ‘Open Veins of Latin America’ that the conquest of South America by the Portuguese and Spanish Empires set in place a pattern of domination that has continued into the present, with the only change being which ‘imperial’ power received the benefit of this domination. On this basis, the United States has taken control of the benefits of the economic exploitation of Latin America started by the Spanish Conquistadors. Galeano’s description of political economy and exploitation in his book, first published in the 1970s, is of course controversial, but even if one disagrees with the arguments about exploitation, the connections it draws between the Old European Powers and the United States in terms of relationships with South America can provide a useful framework for studying the history of the continent. Within a hundred years of Columbus’ first discovering America, most of the New World was under the control of the Spanish and Portuguese Empires. Whole civilisations had been wiped out, and the resources of the Americas were being expolited to form the basis of Spanish and Portuguese imperial success. Years later, other European powers, and in particular Great Britain, France and Holland, began to try to take advantage of the riches offered in the New World. Acts of piracy, as well as attacks on Spanish colonies, took place in an attempt to secure control of the riches offered in South America and the Caribbean. The key fact is that from the moment of discovery, the Americas were often treated as an economic resource to fight over. The Monroe Doctrine On 2nd December, 1823, President James Monroe announced in his annual message to Congress that “The American continents … are henceforth not to be considered as subjects for future colonization by any European powers.” The declaration, issued in response to a territory dispute with Russia, came to be known as the Monroe Doctrine and has become a defining moment in the development of US Foreign Policy. A bigger concern behind the doctrine was the decline of Spanish authoirity in South America. As revolution against Spanish rule spread throughout the South American colonies, the United States wished to prevent France, Spain, and other European powers attempting to re-exert their influence in the region. The Monroe Doctrine was a means to guarantee mercantile freedom for the United States in Latin America and the Caribbean, bringing to an end the threat of a return of the strict trade laws associated with the Spanish Empire. The Roosevelt Corrollary An extension to the Monroe Doctrine, Roosevelt’s Corollary declared that European Powers would no longer be able to use force to extract debts from Latin American countries. For many historians however, the Corrollary was a justification for direct US involvement in Latin American affairs. The Corollary coincided with the beginnings of increased US activity in the Caribbean and South America. The Spanish-American War of 1898 had officially been fought to liberate Cuba from Spanish rule. In the Platt Amendment to the Cuban-American Treaty of 1903 however, restrictions were placed on Cuban economic and political freedom which lasted until the Castro revolution of 1959. Over the course of the first decades of the twentieth century, the United States increasingly used military force to ensure stability in Latin America, but also to secure the success of governments sympathetic to it. US Navy vessels were used to obstruct Colombian military vessels attempting to suppress the Panamanian Revolution in 1903. The success of the Panamanian Revolution saw the country achieve independence, and guaranteed US control of the vital trade route of the Panama Canal. By 1934, the Dominican Republic, Nicaragua, Cuba and Haiti had all been partially occupied by US forces at some point.

Latin America and the War on Communism US intervention in South America continued following the Second World War, and was often linked with broader Cold War foreign policy aims of restricting the spread of Communism. In Cuba, the Bay of Pigs incident of 1961 was a well documented diplomatic catastrophe that saw the United States provide CIA training and financial support to a group of Cuban exiles attempting to reverse the Cuban Revolution and overthrow the recently formed government of Fidel Castro. In Chile, the United States played a key role in the coup led by General Augusto Pinochet which overthrew the democratically elected left-wing governent of Salvador Allende. Exact details of how much aid the USA gave Pinochet are unclear. The withdrawal of economic support, and a banking embargo during Allende’s government however, were a clear attempt to destabilise Chile. Tellingly, economic aid was restored once Pinochet’s government had secured power. The Iran-Contra scandal, where the administration of Ronald Reagan attempted to covertly and illegally fund the Contra rebels against the Sandanista government in Nicaragua, was another clear example of the United States attempting to remove a left-wing anti-American government in South America. There are countless other example of US ‘meddling’ in the Cold War period, many of which are still shrouded in ambiguity. The consistent theme however, was an attempt to prevent left-wing governments, particularly those who attempted to nationalise their countries’ industry, from securing power in the region. Significantly, the late Venezuelan President Hugo Chavez frequently claimed the CIA plotted against him. These accusations were never confirmed, but reveal that the image of the USA meddling in Latin American affairs is well entrenched. Today As mentioned above, South American leaders still accuse the United States of meddling in the affairs of their countries. Galeano’s argument that the United States’ (and previously Europe) are directly responsible for the comparatively weaker economies of the Latin American countries is of course a highly subjective one which has been widely debated, but it is useful for highlighting the connection between the United States and Latin America. Since the Monroe Doctrine there has been a clear connection of interests between the United States and Latin America. Arguing the morality and benefits of this connection is of course a deeply controversial and perilous task, but it is clear that the image of the United States meddling in Latin American affairs is one that is well entrenched and likely difficult to shift. Image courtesy of Wikimedia Commons user: TownDown]]>