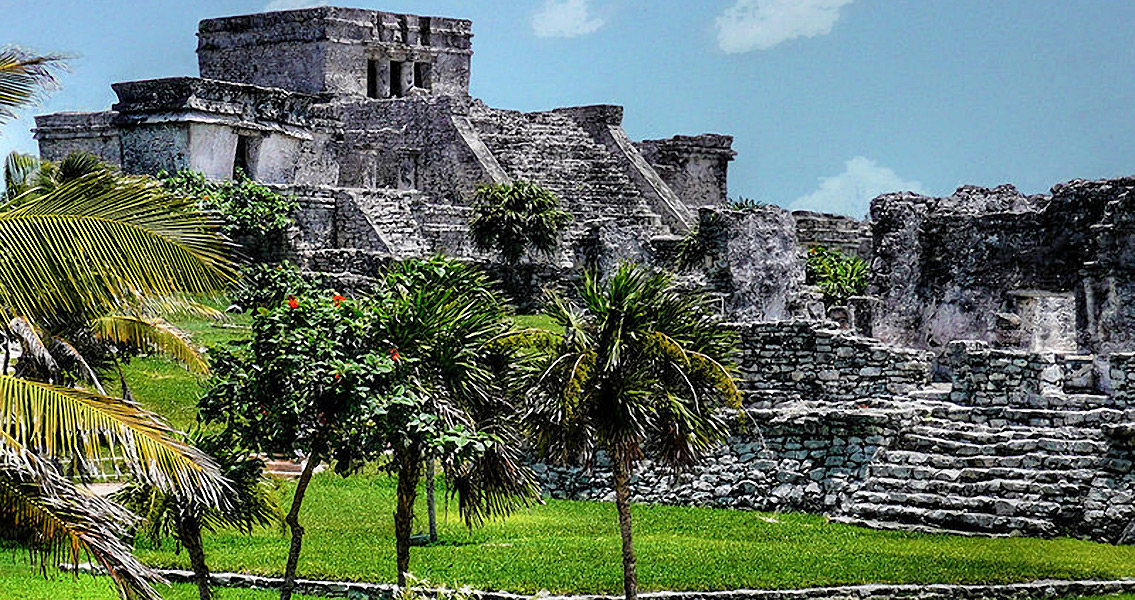 Posted By: Irina.Slavon: May 03, 2015In: Breaking NewsNo Comments
Print Email

Live Science that the ancient city was marked by a so-called ceremonial route, running from west to east, with only a 3-degree deviation from true east, a remarkable accuracy. This ceremonial route, a perfectly straight line, was lined by as many as 15 flat-topped pyramids which would have stood as tall as 100 feet. Each had a temple on top, which people reached by steps in the pyramids. At the easternmost end of the route there was a structure including three main pyramids along with some other buildings, arranged to face each other. Such triadic structures have been found in other Maya cities as well. In the northern and southern parts of the city were residential areas, again conforming to the overall grid design, Pugh said, and the whole area was encircled by a stone wall for protection. Apparently, Nixtun-Ch’ich was a beautiful, “shiny” city at its height, based on evidence of white plaster that may have been used for the buildings. However, for the people living in it, this design may not have been the most pleasant one due to its strictness, imposing a sense of constant control. This conclusion is based on the atmosphere of early European grid-design cities that started being built during the early Renaissance. Compared to Nixtun-Ch’ich, other ancient Maya cities were more “relaxed” in terms of design, with more open spaces. There is one other city on the land of the former Maya empire, Teotihuacan, which was also built according to a grid design but that city was inhabited by another civilisation about which little is known. Pugh’s research was actually focused on a community building and artefacts dating to a much later period, about the fourteenth century CE. The building was probably the place where the local Maya heirs, the Chakan Itza, held meetings, performed religious ceremonies, and generally conducted matters of state. There were two altars with turtle sculptures in the building, as well as figures of parrots and snakes along the walls. The building, Pugh says, was probably used for about two centuries. The Maya civilisation has been the subject of extensive study since the nineteenth century but the reasons for its decline, which occurred sometime around 900 CE, are still unclear. This was the first geographically focused empire in the region, which at its height spanned the Yucatan Peninsula, Tabasco and Chiapas in what is today Mexico, as well as Guatemala, Belize, western Honduras and El Salvador. The first evidence of Maya culture dates back to 1800 BCE but the golden age, the Classic Period of the civilisation, is considered to have lasted from 250 to 900 CE. Among its hallmarks are the stone pyramids where the Maya worshiped their gods, and the Maya calendar, whose accuracy is still a mystery for modern science. Image courtesy of Wikimedia Commons user: joiseyshowaa]]>