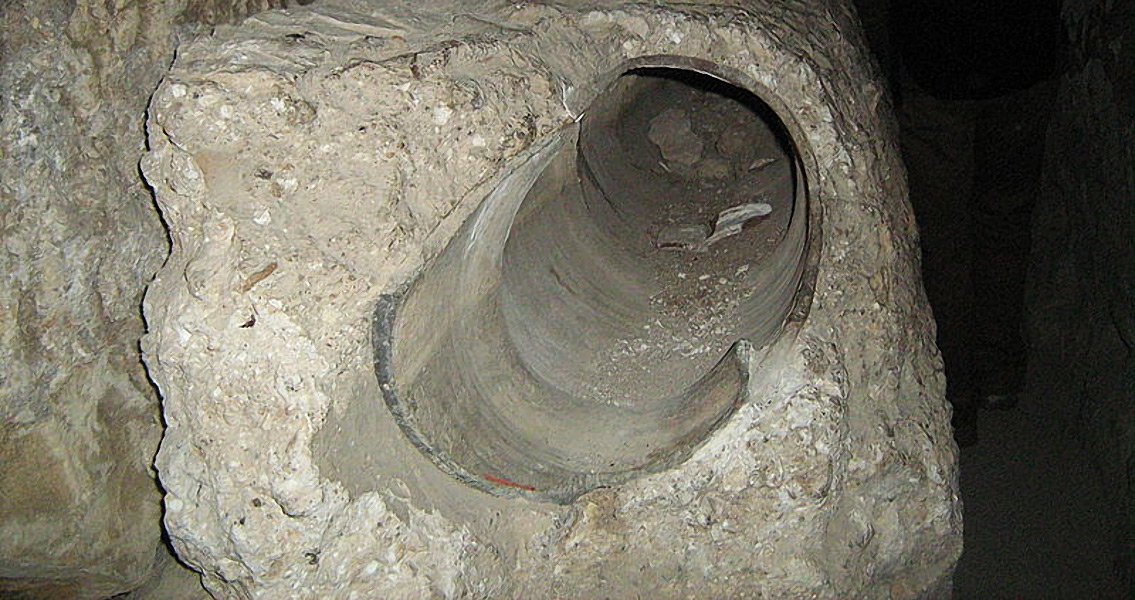 Posted By: Irina.Slavon: May 25, 2015In: Breaking News1 Comment
Print Email

livescience.com that the aqueduct was initially just an open channel that flowed along a gentle slope, ensuring that the water level only declined by about a metre for every kilometre. The open channel remained in active use until about 500 years ago. During the Ottoman rule over the region a terracotta pipe was placed along the channel to keep the water clean. It was one of the main sources of water for the city of Jerusalem, which explains why it was taken good care of over such a long time. A century ago, however, the aqueduct was replaced by an electric water supply system. Now, the pipe will be studied more closely by the Israeli Antiquities Authority, with sections of it eventually being exposed and turned into a tourist attraction. The same has been done with some already uncovered sections of the aqueduct in the city, while others have been sealed to ensure they are better protected “for the sake of future generations”, according to the official statement of the IAA. The Hasmonean dynasty ruled the ancient state of Judea from 142 BCE until the Roman conquest in 63 BCE. It won control over the land from the Hellenistic Seleucid dynasty, which had sought to establish Hellenistic culture in Judea. The locals were prohibited from practising their religion, which led to a revolt in 166 BCE headed by Mattathias, a member of the Hasmonean family. The revolt succeeded and the Jews re-entered Jerusalem and purified Solomon’s Temple, the greatest hallmark of Judaism, which had been desecrated by the Seleucids. The victory, the first in a series that led to the independence of Judea, is traditionally celebrated during Hanukkah. Solomon’s Pools and the system of aqueducts that brought water from the reservoirs to the south of the country became necessary during the Second Temple Period, between about 530 BCE and 70 CE, after a second temple besides Solomon’s was built in Jerusalem and the number of pilgrims coming to the city increased considerably. In addition to the three pools, the water supply system included two aqueducts that fed the reservoirs and another three that distributed water from the reservoirs to Jerusalem and Herodium. Their overall length was 80 km. Parts of the system, which was refined and expanded during the Roman era in Judea, continued to be in use until as recently as 1967.]]>