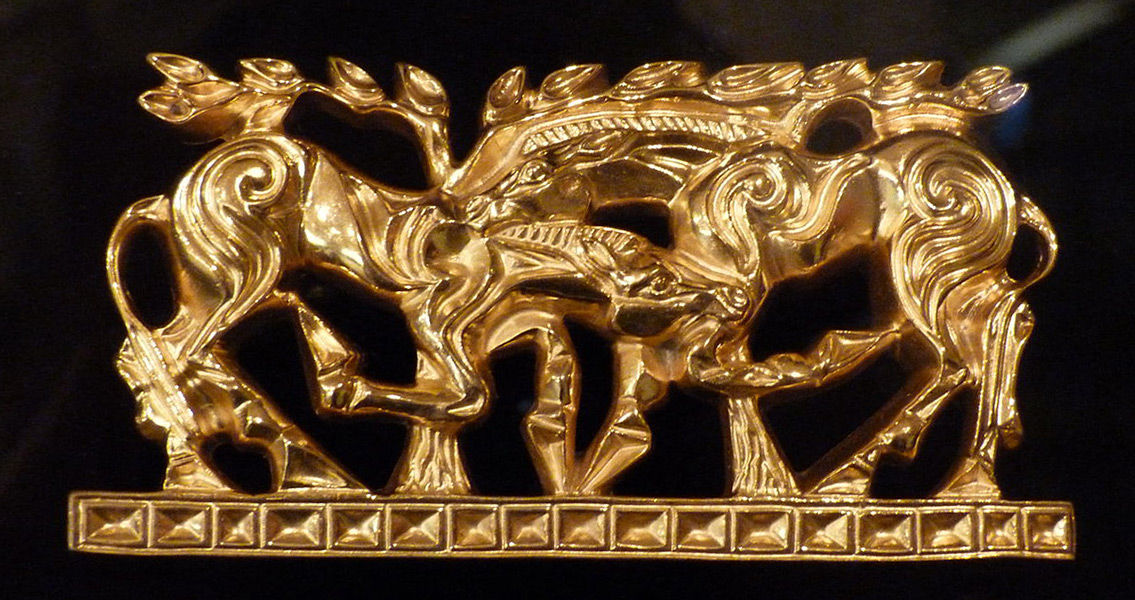 Posted By: Irina.Slavon: May 27, 2015In: Breaking NewsNo Comments
Print Email

Digital Journal, however, pegs them as the work of the Scythians themselves. One of the bucket-like vessels features a depiction of two gryphons attacking a deer on the one side, and another two gryphons attacking a horse. The depictions are done with stunning detail, including the spots on the skin of the deer. Another vessel features a fighting scene in which you could even see the stitches on the participants’ clothes, their shoes, and the type of bow they hold. The central figure in this depiction is an elderly man, with wrinkles on his face, and it is this figure and the fact that the old man is attacking a much younger one that suggest the find may have historical implications as well. According to Belinski and his colleagues, the scene is very likely a depiction of the so-called “Bastard Wars” described by Herodotus. The Bastard Wars, the story goes, took place after the Scythians returned from a long war to find their wives had borne children to their slaves. So, the scene on the vessel could be a piece of evidence that these wars took place. On the other hand, as Belinski himself notes, it could be a depiction of the ‘Bastard Wars myth’, as he calls it. The vessel with the gryphons killing animals most probably depicts a scene from the Underworld, and both it and the one with the Bastard Wars scene are thought to have been used for ritual purposes by the high priest of the tribe, who was also usually the king, Belinski told MK.ru. Image courtesy of Wikimedia Commons user: Derzsi Elekes Andor]]>