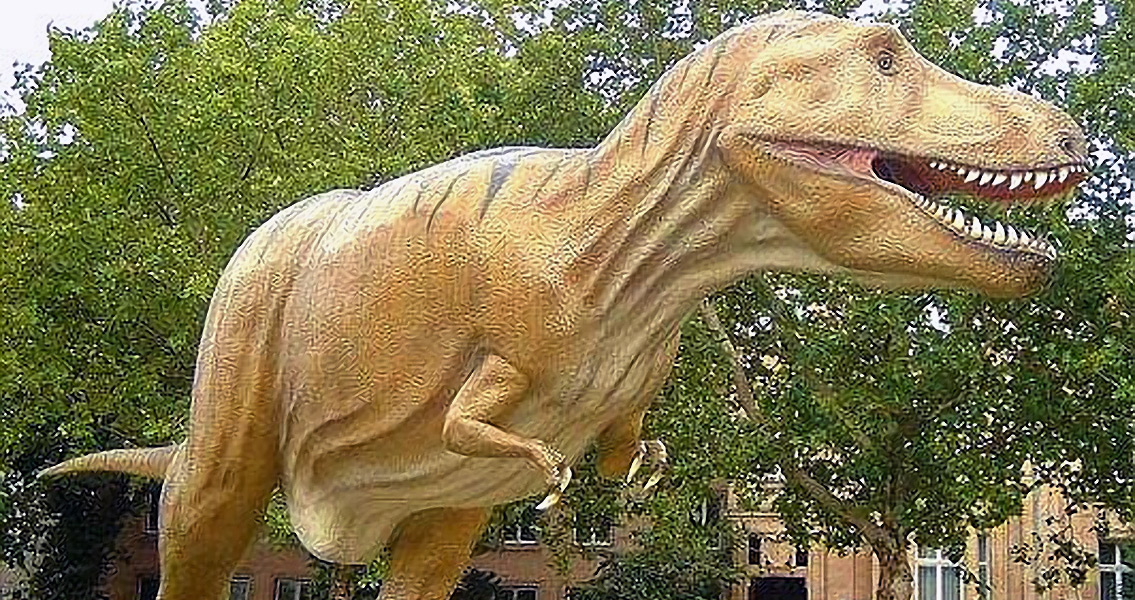 Science. In this new paper D’Emic says the idea that dinosaurs were “mesotherms,” a term the older study authors coined to describe a dinosaur’s metabolism as somewhere between cold blooded and warm blooded, couldn’t be further from the truth. While D’Emic praised the original paper for gathering an “unprecedented” amount of information on metabolism and growth through the lens of living modern animals, he remarked that “upon re-analysis, it was apparent that dinosaurs weren’t just somewhat like living mammals in their physiology.” Instead, D’Emic says that the massive, extinct reptilian creatures “fit right within our understanding of what it means to be a ‘warm-blooded’ mammal.” D’Emic’s research methods included a close study of growth rings present in the bones of several fossilized skeletons. Similar to the rings present in trees that provide a way to determine their approximate age, these rings indicate changes in growth that could represent seasonal changes or periods of stress in a given specimen, D’Emic contends. The paleontologist criticized the original study authors for not taking these growth rings into account, especially in light of how modern species can undergo slowdowns or pauses in their growth as a result of stressful seasons that might be colder, more arid, or with less plentiful food sources than usual. The paleontologist also re-analyzed the initial study through the lens of comparison with living avian creatures. Living birds are considered to be the closest descendants of dinosaurs living today – one key similarity, D’Emic claims, is that they are both warm blooded creatures. “Separating what we commonly think of as ‘dinosaurs’ from birds in a statistical analysis is generally inappropriate,” according to the scientist, because birds are “just the dinosaurs that haven’t gone extinct.” A re-analysis of the data with dinosaurs as avian stand-ins provides additional support that dinosaurs weren’t mesotherms but truly warm blooded creatures, added D’Emic. The scientific community is understandably split on D’Emic’s new claims. Biologist John Grady, one of the authors of the original study D’Emic takes issue with, responded on behalf of his fellow researchers by stating that “We disagree with his central criticisms, and we emphasize that all of our original conclusions stand.” Grady disputed D’Emic’s hypothesis, remarking that “Comparing dinosaur growth with the observed growth rate of living vertebrates clearly shows that non-avian dinosaurs were mesotherms.” Image courtesy of Wikimedia Commons user: Peng ]]>