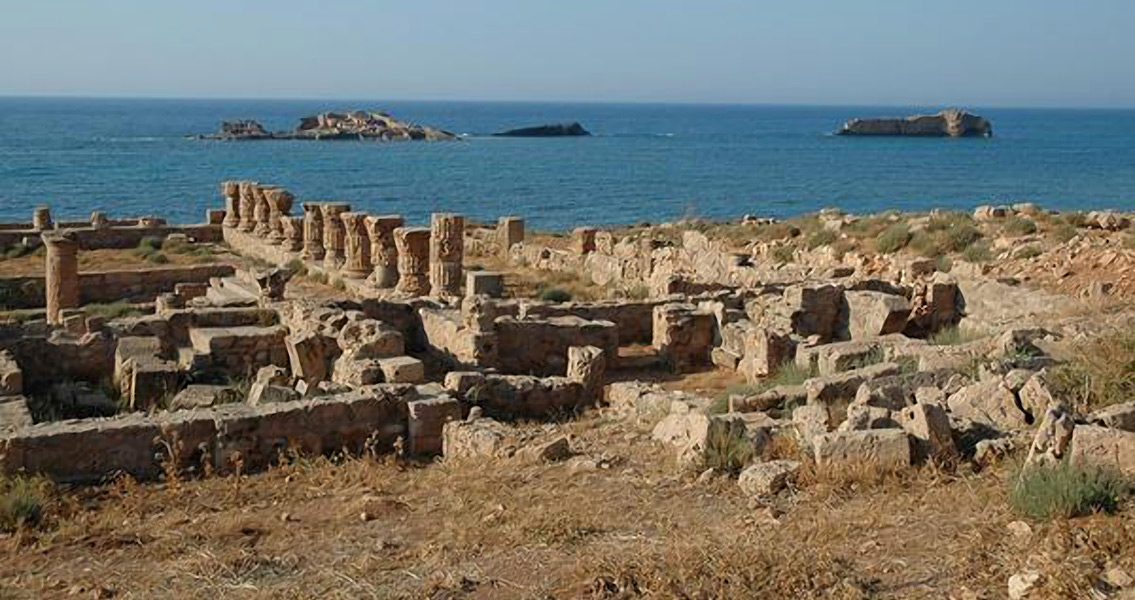 study by Stathis C Stiros, published in the Journal of Structural Geology, used historical and archaeological evidence to argue that the 365 CE earthquake was just the worst example of an “unusual clustering of destructive earthquakes” in the Eastern Mediterranean between the fourth and sixth centuries. The study suggests that the seismic activity may have been the result of a reactivation of the tectonic plate boundaries in the region. The tsunami which resulted from the earthquake struck the Nile Delta, obliterating many small communities. Eye witness accounts provide a description of the tidal wave as it struck the city of Alexandria. The historian Ammianus Marcelinnus wrote in his work Res Gestae “…the solidity of the whole earth was made to shake and shudder, and the sea was driven away, its waves were rolled back, and it disappeared, so that the abyss of the depths was uncovered and many-shaped varieties of sea-creatures were seen stuck in the slime… The waters returning when least expected killed many thousands by drowning.” As the wave struck Alexandria, ships were hurled over the sea walls and landed on buildings in the city. Approximately 5,000 people in the city lost their lives and 50,000 homes were destroyed. Outside of the city, farmland around the Nile Delta was rendered useless for years as a result of contamination from salt water. Other coastal towns and cities around the Mediterranean were hit at the same time as Alexandria, with the tsunami responsible for destroying settlements in West Cyprus, Libya, and Sicily. In the years following the devastation Alexandria was gradually flooded by sea water, eventually consuming most of the city. It wasn’t until 1995 that the historic centre of the city was recovered by archaeologists. Image courtesy of Wikimedia Commons user: Jona Lendering]]>