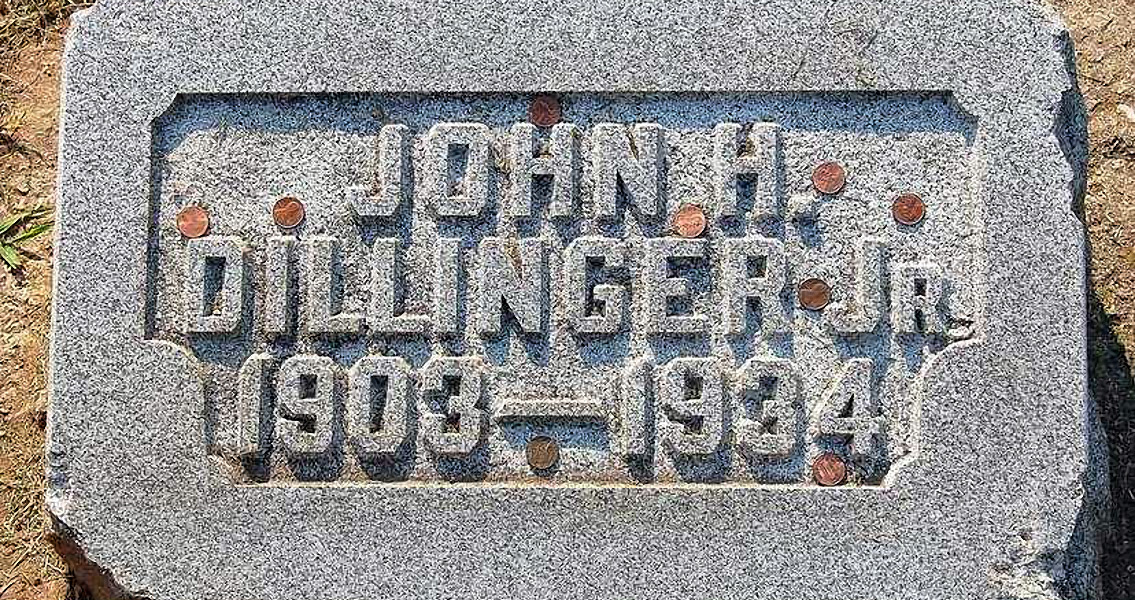 Manhattan Melodrama at the Biograph Theatre. A force of twenty FBI agents and police officers positioned themselves outside the building, in preparation for Dillinger’s exit. Sage had agreed to wear a red dress, so the officers would be able to identify her. At 10:40pm, Dillinger and Sage left the cinema. The authorities immediately pounced, ordering Dillinger to surrender, but he bolted. He made it less than a block before being gunned down in a hail of bullets. Official reports claimed the FBI and police had opened fire because Dillinger had pulled a gun. Dillinger died at the scene, close to an alleyway next to the theatre. The response to Dillinger’s death shows the extent of the celebrity status he had garnered, despite the at times brutal nature of his robberies. Souvenir hunters lined up to dab handkerchiefs in his blood at the scene of his shooting, while thousands went to the morgue to see his body. At his funeral, 5,000 people came to witness his burial, despite attempts to keep the date and location a secret. At a time when the United States was gripped by the Great Depression, the fascination with Dillinger can be put down to a roguish, ‘Robin Hood’ type mythology which surrounded him. The banking system was held up as the source of the United State’s economic calamity. Dillinger’s frequent attacks on banks and his rebellious personality turned him into something of an anti-hero for many Americans. Even now, there are some who argue Dillinger was not killed in Chicago on 22nd July. Pointing to inconsistencies in medical records, they claim that someone other than John Dillinger was gunned down outside the theatre. Suspected motives for this supposed cover-up vary, from desperate attempts by the FBI to prove they could catch the man they had declared public enemy number one, to the belief that Dillinger had organised the whole deception himself, so he could retire into obscurity. Image courtesy of Wikimedia Commons user: Wildhartlivie]]>