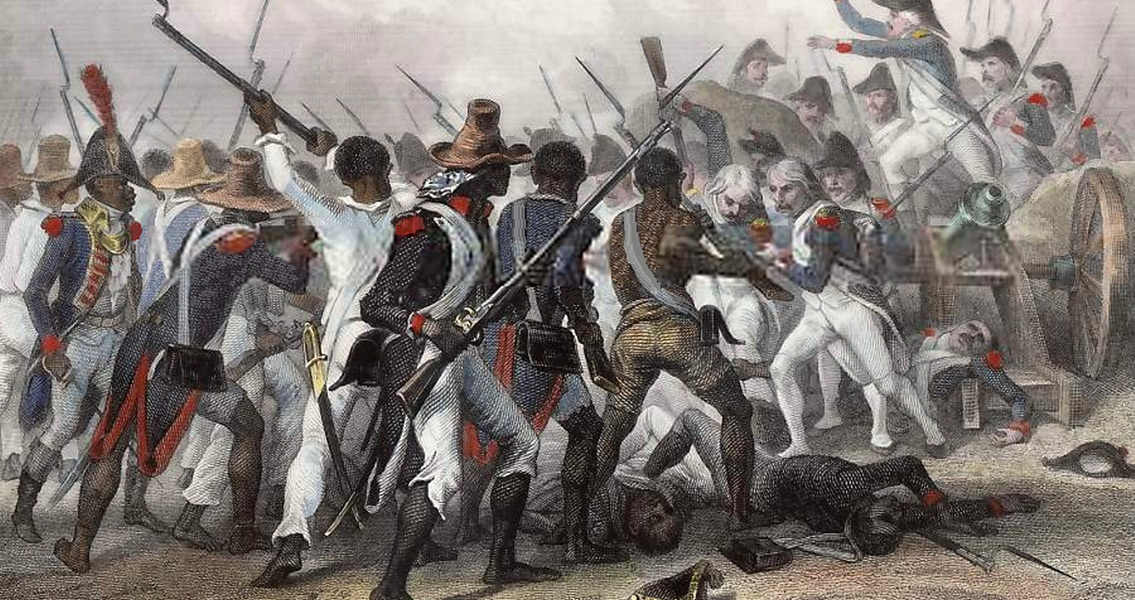 petit blancs, something akin to a white middle class comprised of artisans, teachers and shop keepers there to provide services for the rich white landowners. Among Saint Domingue’s black diaspora, slaves undoubtedly made up the majority. However, there were also a substantial amount of freed slaves, who often had wealth at a similar level to that of the petit blancs. Alongside them were an unusually large amount of escaped slaves who had successfully fled into the forests and mountains, highlighting that Saint-Domingue had a long history of defiance among its slave population. Bands of runaway slaves had long carried out a campaign of guerrilla warfare against the plantation owners, seeking vengence for their mistreatment and stealing supplies of weapons and vital provisions. One of the most infamous rebellions, led by the supposed voodoo sorcerer François Macandal, lasted for six years from 1751 to 1757 and left around 6,000 people dead. Changing ideas of liberty and the rights of man which had formed in the wake of the French Revolution started to influence opinion in Saint-Domingue, with the white population seeking to maximise their profits with freedom from France, and the black population inspired to win equality and freedom from slavery. Of particular concern were debates in France to abolish slavery at home and abroad, something the white planters were inevitably against. In this complicated mix of differing interests that Saint-Domingue had become, it was the massive slave population that was the first to act. At a gathering of 200 slave leaders at the Bois Caiman ceremony on 14th August, 1791, Boukman, an influential voodoo leader, declared that it was time for the slaves to rebel and seize their freedom. Eight days later the uprising, led by Toussaint l’Overture, started. A coordinated action in the north of Saint Domingue saw hundreds of slaves rebel against their owners and march through the island capturing and liberating other plantations. By 1792 the slave rebellion had gained control of a third of Saint Domingue. The white plantation owners were isolated, and even reinforcements sent from France were unable bring the rebellion under control. By 1798 the rebellion had survived both French attempts to quell it and a British attempt to colonise the island. Two years later the Haitian Revolution expanded into the neighboring colony of Santo Dominigo (what is today the Dominican Republic). Toussaint declared himself governor of all of Hispaniola, and abolished slavery across the island. Following a failed attempt by Napoleon’s armies to retake the former colony, Haiti was declared an independent republic in 1803. ]]>